What Colour is a Soul? 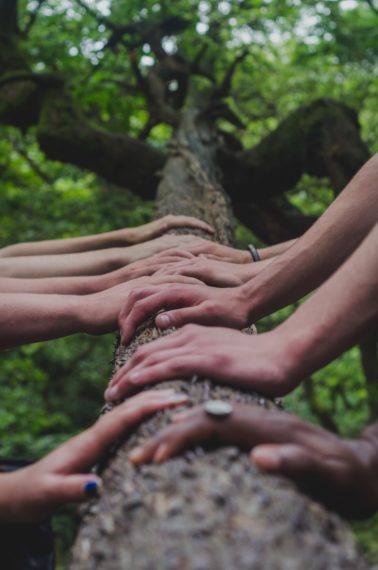 “And He made from one (one man, one blood), every nation of mankind to live on all the face of the earth, having determined their appointed times, and the boundaries of their habitation, that they should seek God, if perhaps they might grope for Him (feel their way towards Him) and find Him, though He is not far from each one of us; for in Him we live and move and exist, even as some of your poets have said, ‘For we also are His offspring.'” (Acts 17:26-28)

Having studied in the United States for three years to earn a Bachelor of Arts degree and having had an ongoing relationship with supporting congregations in five different states for about twenty years, I have observed that some of the racial unrest that existed in the past remains today.

One congregation divided over a marriage between Christians of two different races. Even the elders were divided with one leaving the congregation in disagreement with the majority who approved. When I first heard of this I just couldn’t believe it. I was angry and disappointed. Angry that Jesus was so poorly represented by those who claimed to belong to him. And disappointed that such attitudes persisted, indicating that Satan was clawing back something that Jesus had overcome.

The first century version – took place between Jews and Gentiles. So Paul assured his brothers and sisters, that Christ had broken down the wall that divided them and had made them into one person – uniting each one of them spiritually with Himself. (Eph 2:14-15) and thus with each other. Their souls had become ‘one’ in Christ without regard to race, gender or social distinction.

All of us know that skin colour and culture sometimes go hand in hand. Even people of the same ‘colour’ may divide over history, language and tribal loyalty. But Jesus came to earth, to break down barriers. It is not acceptable to God for those who are willing to allow Jesus to remove the dividing wall of sin between us and God, to then refuse to tear down the barriers that remain between themselves and others. When cultural differences divide God’s people, the root of the problem is internal and not external.

Satan thrives on hate. He divides in order to conquer. He magnifies differences, casting every word and deed in the worst possible light. Racial and social unrest ought not exist among those whose souls have come to rest in Jesus. Of ‘one’ the Lord has made the race…the human race. How it must grieve Him then to see people of every nation, tongue and race, stoking the fires of hate!

When you read the Bible, what colour do you imagine that Adam was? What about Abraham, from Ur of the Chaldees, or David his descendant? Perhaps without a second thought, we each picture them looking back at us from the mirror?

My point is, that the heroes of the Bible were just that, without any regard for the colour of their skin or the culture of the day. They were heroes by virtue of their faith and examples by the courage that it took to be obedient.

When we die, our skin will decay and disappear, but not so – our souls. God pays no attention to what we look like on the outside – but to the person whom we are on the inside. (I Sam 16:7). And if our souls have a colour in the day that our Lord returns, it must be one that has been washed in the blood of Jesus and clothed in His righteousness.

PrevPreviousActs 2 and the Message of Joel
NextWhen God Uses MudNext