Acts 2 and the Message of Joel 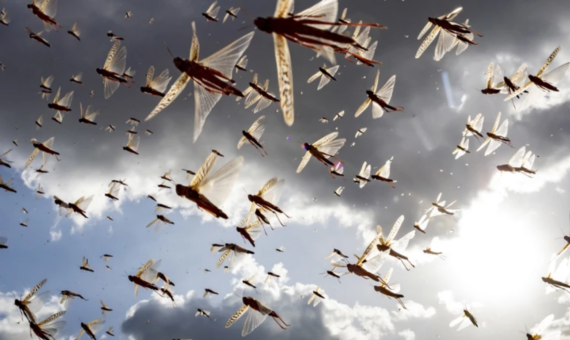 The Bible is a message of hope. This hope is understood as God’s choice to be involved with his creation, and to be in relationship with those whom he has created. God did not fashion robotic creatures who would always conform to His will but be incapable of love. He chose to create creatures “in his image”, who like God could respond in love. Love demands a choice, and so even in the garden, Adam and Eve had the choice to love him or reject him.

Many struggle to understand in the words of the prophets as message of hope. The prophet is seen as one coming to declare God’s wrath and inevitable punishment on his wayward people. The nature of prophesy was to give people a choice to repent, and give God an opportunity to respond in grace to people’s repentance.

Consider God’s message to the prophet Jeremiah as recorded in Jeremiah 18. Jeremiah was called to witness the potter working on a pot. When the pot was marred, the potter started over, reshaping the clay into another vessel. God’s message to Jeremiah was “Can I not do with you, Israel, as this potter does? If at any time I announce that a nation or kingdom is to be uprooted, torn down and destroyed, and if that nation I warned repents of its evil, then I will relent and not inflict on it the disaster I had planned.” The nature of prophesy was not just to declare destruction, it was to give a wayward sinful people an opportunity to repent, and to change God’s action from cursing to blessing. The goal was to re-establish God’s Lordship and rule among his people, to restore a covenant relationship.

The message of the prophet Joel is a wonderful example of the nature of prophesy. Joel shows up to forecast a locust plague of terrible proportions. What could be understood as a natural disaster turns out to be a supernatural event—the locust will be God’s army. They are unstoppable and relentless, devouring all vegetation until nothing is left but the expectation of famine and starvation. The day of the Lord has brought judgment on the house of Israel, who can endure it?

But that is not the end of the message. “Even now,” declares the Lord “return to me with all your heart, with fasting and weeping and mourning.” Rend your heart and not your garments. Return to the Lord your God, for he is gracious and compassionate, slow to anger and abounding in love, and he relents from sending calamity. Who knows? He may turn and relent and leave behind a blessing. (Joel 2:12-14)

God desires a relationship with his people, but He is not blind to the elements of that relationship. He is holy, he cannot ignore sin and rebellion. He will never be content with a relationship lacking all that is good; trust, faithfulness, love, and mercy. Therefore, the prophet comes announcing judgment, that the abandonment of one’s faith in relationship means the loss of the blessings of relationship. God is just to condemn and is just to permanently sever the relationship broken by man’s unfaithfulness. But that is not the final act of God in dealing with His people. In Joel’s day, he acts out of grace to send the prophet, to warn His beloved, and to open a way out of destruction to salvation. He gives them the opportunity to repent of their actions. Again, God gives His people a choice. Choose judgment: remain hard-hearted or repent. God’s character: His love, His grace, His compassion, allow man a final opportunity to choose the outcome of His judgment. If mankind continues in sin, he has chosen condemnation. If man repents, God can also repent of sending calamity on His people. God allows our choices to affect His action.

God speaks through Joel of a future Day of the Lord, a day when all nations will be called to the valley of Judgment. Peter identifies the fulfillment of this prophesy with the events of Acts 2. On this day, God once again acts out of love and mercy. He sends his Son and gives people a choice. All men are guilty of sin, and all have fallen short of God’s glory. All stand condemned but God, slow to anger and abounding in love, acts to redeem a broken relationship. He is a God of love, and instead of carrying through with just condemnation, he gives mankind a choice. It is an opportunity for us to repent so that He then also can turn and relent. “Everyone who calls on the name of the Lord will be saved.”

PrevPreviousWe Must Obey God – Not Men
NextWhat Colour is a Soul?Next