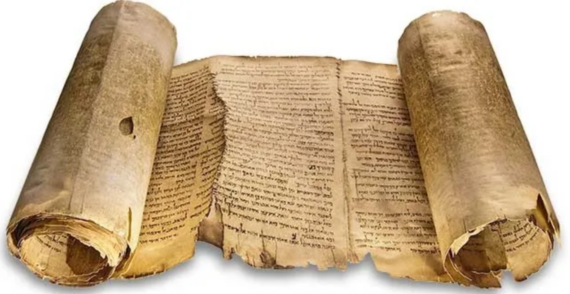 Why would not every active Christian be a frequent reader and avid student of Revelation?

But, you say, it is filled with visions that are beyond me!”

Jesus is it’s author: “The revelation of Jesus Christ which God gave him to show his servants…” (1:1). “I, Jesus, have sent my angels to testify to you about these things for the churches” (22:16a).

John is Christ’s amanuensis (secretary), in this case, the one favoured to see first hand and record the many visions that abound in Revelation. (John was one of the twelve apostles, who was especially close to Jesus, who cared for his mother, Mary, after Jesus’ departure, and who spent the last quarter of his long life in Ephesus, serving as an elder.) “He made it known by sending his angel to his servant John, who bore witness to the word of God and the testimony of Jesus Christ, even to all that he saw” (1:1b-2).

While Revelation deals with earthly matters, many of its visions are about events happening in heaven, among the angels, and is thus challenging to comprehend..

The setting for this writing, at the end of the first century, was a time of unprecedented persecution of Christians, who were declared criminals by the ruling Roman state, who frequently tortured and killed them in grotesque ways. The Romans refined its terrorism to a degree not seen before or since – crucifixion. Both an immediate and an eternal response are given: immediate, the failure and defeat of the Roman state —“things that must soon take place” (1:1; 22:6); and eternal: “Behold, he is coming in the clouds, and every eye will see him, even those who pierced him, and all the tribes of the earth will wail on account of him” (1:7).

John, who recorded the visions of this book, describes his experience: “I, John, your brother and partner in the tribulation and the kingdom and the patient endurance that are in it, was on the island called Patmos [a prisoner] on account of the word of God and the testimony of Jesus” (1:9).

An insight that offers great reward in gaining increasing understanding of the Revelation is to identify its dependence upon Old Testament allusions—over 500 have been identified! There are 184 direct quotations from OT books in Revelation: 49 from Isaiah, 34 from Daniel, 31 from Ezekiel, 21 from Exodus, 23 from Psalms, 16 from Jeremiah, and 10 from Zechariah. Considerable attention is given in Revelation to Daniel, chapter seven, in this connection. One can spend a lifetime profitably perusing the meaning and implications of these references!

The group to which Revelation was originally addressed were the seven churches of “Asia”, found at Ephesus, Smyrna, Pergamum, Thyatira, Sardis, Philadelphia, and Laodicea. That these churches numbered seven, suggests that they are representative of all churches, signifying that Revelation has a universal appeal. These congregations had their strengths and weaknesses, their successes and failures. They were known intimately by Christ, faced the brutal challenges of the day, and were on their way to heaven – if they would keep the faith. We should see the unfolding panorama of Revelation’s vision through their eyes—believing that this look into the ages, with the ultimate victory of King Jesus at its climax, was received by them (and in turn by us) with gratitude, strengthening resolve, and great joy!

Finally, to recognize how Revelation is structured is of great importance for gaining an understanding of this book. To begin: Revelation presents a “book within a book”! It is all about the Scroll that “no one could open – no one in heaven, on earth, and under the earth” (5:3). The scroll was in the hand of God – it was a seven sealed book, written on both the inside and outside of its pages. No book before or since had a richer provenance!

(The scroll was the form of ancient books up to the time of Christianity’s beginnings, when the codex form began to be introduced. Scrolls were formed with each page’s two opposite edges joined with the next and rolled in a continued collection. The codex form—pages joined at only one edge—began then to be produced, the form universally present today. That the book that is at the heart of Revelation is in the form of a scroll, is not unusual, but that it was locked tight with not one but seven seals is of great significance in the unfolding message of Revelation.)

The existence of the book (“scroll”) is introduced with great attention in Revelation—in chapter 5. The earlier chapter 4 relates John’s invitation into heaven where he saw the throne of God, the presence of God, the four living creatures, and the twenty-four elders. As noted above, this special scroll was “in the right hand of him who was seated on the throne”—God! A “strong angel” was proclaiming with a loud voice, “Who is worthy to open the scroll and break its seals?” For truly, “no one in heaven or on earth, or under the earth was able to open the scroll or to look into it” (5:3). John is moved to tears “because no one was found worthy to open the scroll or look into it” (5:4). Solution! One of the elders said to John, “Weep no more; behold, the Lion of the tribe of Judah, the Root of David, has conquered, so that he can open the scroll and its seven seals” (5 :5).

The act of taking of the scroll from the right hand of God by the Lamb of God, “standing as though it had been slain,” caused the living creatures and the twenty-four elders to sing “a new song.” They were joined by “the voice of many angels, numbering myriads of myriads and thousands and thousands, and every creature in heaven and on the earth and under the earth and in the sea,” worshiping God and the Lamb—in a great anthem of heavenly praise—all prompted by the knowledge that the Lamb would open the seven-sealed book!

Of course, not until the seventh seal is broken can the book be opened! Chapters 6 and 7 describe the opening of six of the seals by the Lamb. Each of the first four seals broken was responded to by the action of one of the four living creatures that surround the throne of God, with major consequences, on earth. This was watched by John. The fifth seal opened allowed John to see the souls of those who had been martyred assembled under the throne of God. The opening of the sixth seal allowed John to see the wrath of God visited upon the earth to those who ruled the earth and martyred the faithful. Yet the book is still closed!

Chapter 8 announces the opening of the seventh seal—but the book is not opened just yet! Rather, its opening is introduced with an appropriate fanfare—the blasts of seven trumpets by seven angels! Each trumpet blast in sequence introduces a further vision of the unfolding works of God. When the seventh trumpet is sounded, the book is ready to be opened! Yet, between the sixth and seventh trumpet blasts is presented yet another major vision, the Little Scroll and the Two Witnesses, (10, 11).

When, finally, the seventh angel blows the seventh trumpet, the book is ready for opening! Loud voices in heaven say, “The kingdom of the world has become the kingdom of our Lord and of his Christ, and he shall reign forever and ever” (11:15). The twenty-four elders applaud God’s victory (11:16-18).

“Then God’s temple in heaven was opened and the ark of his covenant was seen within his temple…” (11:19a). At chapter 12, the contents of the scroll—the fate of the earth and the triumph of the Lord— begin to unfold.

The defeat of Rome and earthly evil, the overthrow of the rebellion in heaven, and the ultimate triumph of Christ and his followers, are the emphases of “The Book.” While the detailed interpretation of the many signs of Revelation, are persistently challenging, the overall meaning is graphically clear—to the rejoicing and gratitude of all who faithfully follow the Lord Jesus, their Saviour and King. The message of the precious book, the scroll, written on both sides of its pages, is—VICTORY!

May this overview of the structure of Revelation, along with the review of its features, encourage us to be faithful, grateful, lifetime students of the greatest book in the world, Christ’s Revelation!