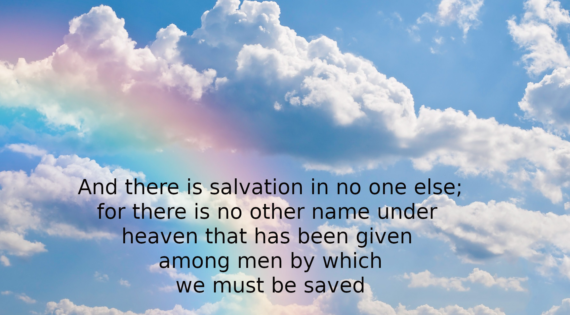 In “The Millennial Mosaic”, Reginald Bibby explains the rationale guiding his research, saying :

“Our starting point is to recognize that life in Canada has come to be characterized by a central defining phenomenon: pluralism. In the face of diversity, there is a conscious effort to understand and accept differences, to interact and learn from one another.11 Pluralism is a response to diversity.”

Pluralism has been at the heart of Canadian life, symbolized by the enshrinement of the cherished mosaic metaphor. This is a country characterized by diversity, where people have the freedom to live out life however they want, within the parameters of the law and economic means. The mosaic is an idea that had its roots in the cultural and nationality realm. But over time, its application has expanded to virtually all spheres of Canadian life — including age, gender, sexual orientation, families, leisure, lifestyles, morality, religion, education, politics, law, and physical and mental attributes. Pluralism is Canada’s response to diversity. And with diversity has come the freedom to choose from a virtually unlimited number of options. Life in Canada is centrally defined by pluralism. (emphasis mine)

Canadians live in a country priding itself in a tapestry of values and the freedom to choose. Yet in order to keep from elevating any one value above another, all must be deemed equal in all respects. Value systems based on choice and selection must remain personal and not impose themselves upon others. This is the world that Canadian churches seek to influence and yes, even convert.

The Bible agrees that God extends freedom of choice to each individual. Our choices are paramount, for God honour them, giving them eternal weight. He does not cancel them out, neither depriving us of the rewards of good choices nor the consequences of bad ones. Choice is of God – for having created this capacity within, he safeguarding our freedom to choose.

The scriptures however do not present us with the ‘virtually unlimited number of choices’ referenced by Bibby. God speaks with a single voice. His word excludes all others. God has only one plan of salvation centred in one and only one saviour.

The apostles explained the exclusive nature of salvation in Jesus Christ when standing before the Jewish Sanhedrin:

“And there is salvation in no one else; for there is no other name under heaven that has been given among men by which we must be saved” (Acts 4:12)

The apostle Paul had this to say about the singularity of what God has done in Christ in Ephesians 4:4-6:

“There is one body and one Spirit, just as also you were called in one hope of your calling; one Lord, one faith, one baptism, one God and Father of all who is over all and through all and in all”.

It turns out that while the gospel is for all, there is nevertheless, just the one. It is both universal and exclusive. God’s offer of salvation in Christ is extended to every person on earth without exception or qualification. It is even-handed and fair.

The Biblical choice is straightforward. There is salvation in Jesus Christ and no one else. Those who choose to believe in Him and to obey the gospel may be saved. Those who disbelieve remain lost. Our choice is simplified by the nature of God’s absolute truth – which will never change.

While this kind of choice is simple, it flies in the face of pluralism and the cultural demand for a growing list of alternatives. In a multicultural society, it is not surprising to hear the opinion that ‘all religions are equal’, or that ‘there are many paths to God’. These are the gods of our culture’s imagination – the creations of personal preference.

When sharing the gospel, we must find ways to bridge this gap in expectations. It begins with the truth about the God who is really there, the God of the Bible. Once His singularity and exclusivity have been accepted, the groundwork is laid for a singular gospel and a single saviour.

The wonder of God’s work in Christ is that he has found even one way for us to be reconciled to him. Let us trust the power of God’s word to work in the lives of those who hear it – resisting the temptation to bend into a shape that we think our neighbours will accept. For only when it remains ‘unchanged’ and ‘unimproved’ by us, does it retain it’s power to save.