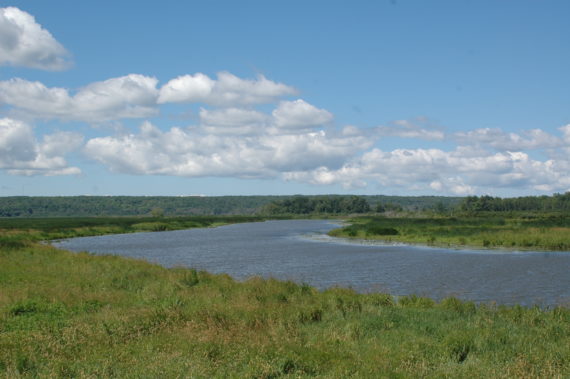 First, a warning. This article is not my usual kind of writing. Nor is it the kind of thing that is normally seen in the Gospel Herald. Stick with it. You will find it biblical and practical in the end.

My parents were both born at the beginning of the Great Depression. They grew up during that depression and the war that followed. For them, gardening was a necessity of life. They learned to grow vegetables, slaughter animals, and preserve food. They learned to repair the old because they did not have money to buy new.

I was born at a time when the economy of North America was prospering as never before (or since). We had no competitors. The cities of Europe and Japan had been bombed to rubble between 1940 and 1945. Their factories were still being rebuilt. Technologically speaking, China was barely past the Middle Ages. American and Canadian companies competed mostly with themselves. If one lost his job, he could always get another one. There was inflation but pay was generally rising faster than the prices.

My parents tried to teach me to garden and to repair things that were broken. I took some interest in building and repairing, but I hated the gardening. “What is the point?” I would ask. “We can buy corn and beans at the store.”

By the time I left home, my parents had capitulated, not so much to me but to the general trend of society. They were no long growing a garden.

A few years into our marriage, my wife asked if I would help her plant some flowers along the south side of the house. I agreed, but I set one condition. I wanted it understood that once I had prepared the flower bed, my involvement in the project would end. I warned that the first time I was asked to pull weeds, or do anything else in that flower bed, I would mow off the flowers and go back to having a plain yard – all grass, nothing else, and therefore easier to mow.

We had four sons. By the time the oldest was ten, he could handle the mowing. By the time the youngest went away to college, I had not mowed the lawn in thirty years. It was not that I was lazy (I hope). I felt that my time was better spent elsewhere. But my thinking about this work had been undergoing a transition.

Quite a few years later, we moved to work with a church that owned a parsonage next door to the church building. Before moving, I asked if I should bring a lawn mower with me. I was told, “No, we think your time is better spent on other things. The people who care for the church yard will also mow the parsonage lawn.”

It was obvious that the house and the church were somehow connected. So, the condition of the house was a reflection on the church. When we moved, I observed that the shrubs had been neglected and that the siding and shutters on the house were in poor condition. I also overheard a brother in the church comment regarding my predecessor, “That man was so lazy that he would not even mow his own lawn.”

So, I decided that my son would mow the lawn, and that I would lend a hand trimming the shrubs and making the place look more presentable. I even helped my wife plant flowers and raise vegetables (one year she canned 130 pints of green beans).

The church was paying big money to have a lawn service spray the grass with chemicals each month. We put a stop to that. The cost was a burden to the church and the chemicals were a problem as well. The city folks aways blame the dangerous algae bloom in Lake Erie on the farmers, but fertilizing lawns every month makes less sense than fertilizing fields that produce food. Square meter by square meter, it also creates more fertilizer runoff.

A side effect of stopping the spraying was that we started finding little trees popping up in various places around the yard. These were native trees (maples, walnuts, and oaks) not exotic varieties imported from elsewhere. When we would find a nice seedling, we would transplant it to a good location where it might thrive. After some years, the previously treeless yard had a maple, an oak, and four walnut trees.

People noticed. We began to get comments from neighbours and church members about our diligence in gardening and trying to improve the yard.

Regrets, I’ve had a few

Looking back, I wish that I had taken an interest in these things sooner. One person cannot change the whole world. One person cannot have a major effect on the environment. But we can, and should, care for the little piece of nature that God has placed in our hands. Even if all I have under my care is a small plot in the city, it is still part of God’s creation. It is still to be used to his glory. God commanded Adam to care for the Garden of Eden (Gen 2:15). Each believer should feel a responsibility for any portion of this earth committed to his care. For too long, I neglected that.

Often, canned food from the store costs no more than what we manage to grow. But is cost the only consideration? Taste might be a factor as well. What about the environmental impact of the way commercial crops are raised and distributed?

Nurturing a few trees that pop up in the lawn, allowing them to grow to maturity, is not making a huge environmental difference. But it is making a difference.

I am not changing the subject, although it may seem so for a moment.

In 1981, Ronald Reagan appointed James Watt Secretary of the Interior. The main task of Secretary of the Interior is to care for the land owned by the federal government. James Watt was known to be a believer, and if there is one thing the news media hates, it is anyone who shows signs of being an active Christian while having a role in government. It was arranged that a hearing would be held in congress and that James Watt would be asked how his faith in the final coming of Christ would affect the policies he made regarding the use of federal land.

Bill Moyers, among many others, went ahead to report what they expected Watt to say, even though Watt’s answer was almost the opposite of what they had expected. According to Moyers, James Watt told Congress that protecting natural resources was unimportant because of the imminent return of Jesus Christ. Moyers quoted Watt as having said, “after the last tree is felled, Christ will come back.”

In fact, Watt’s reply had indicated that we have no way of controlling when Christ will come again, and no way of predicting it. According to those who were at the hearing, his reply was, “I do not know how many future generations we can count on before the Lord returns. Whatever it is, we have to manage with skill to leave the resources needed for future generations.”

The false narrative was repeated by many. Moyers eventually apologized to Watt for misquoting him. Yet he also defended himself by claiming that the same misquote had been printed by both the Washington Post and Time magazine. The false narrative (fake news) has lingered in many minds. Why? A false narrative like that survives because that is how unbelievers have been taught to think about Christians. They assume that we believe in wasting resources. They have been taught to think that Christians are anti-science and willingly wasteful. Unfortunately, that may be true of a few unfaithful Christians. But, overall, this narrative is not factual. It is, however, stubbornly maintained.

Because of the Christian’s belief that “The earth is the Lord’s” (Psalm 24:1), faithful Christians are the most careful people in the world with natural resources. Since nothing in the earth belongs to us, because we hold it in trust for our heavenly Father, we are taught to be more careful with the earth than anyone.

But it is hard to convince those who have believed the lie. They hear the lie so often. The only way to convince them of the truth is to constantly demonstrate it in our lives – even in the smallest things. What are some of the little things that we could do?

Our parents may have had to make do with the old. Economic necessity may have forced them to raise their own food. If we do it not of necessity, but out of a desire to make the best use of what God has given us, we might eventually make a dent in this false narrative about Christian attitudes toward the environment.

Of course, example alone is unlikely to communicate. Jesus did not just come to earth and set a good example. He taught with words, so that people would understand what his actions were saying. But words, if there are not actions to back them, will not help. If we are as wasteful as our neighbours, they will not take kindly to our words about the earth belonging to God. We ought to be good stewards of the resources God has placed at our disposal; and we ought to tell people that we care for the earth because it is God’s creation.