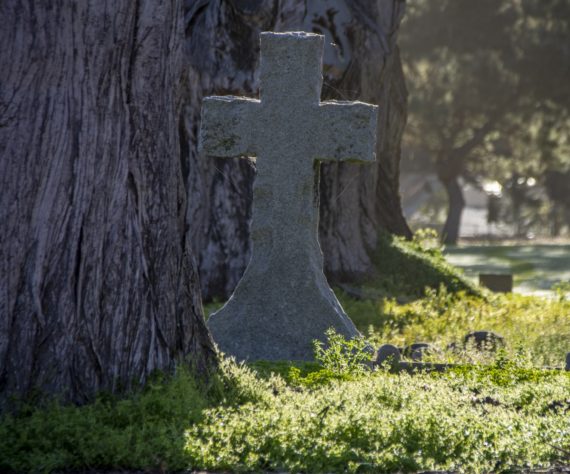 Consider young man as you walk by

As you are now so once was I

As I am now you soon shall be

That was a very profound verse to have inscribed on one’s head stone, but an individual came along and add the following:

Until I know which way you went

We all want to talk about and envision heaven, but we tend to avoid the topic of hell. This is likely due to the descriptions we get in Scripture.

The King James Version translates three different words all as “hell”. (2 Peter 2:4 is an exception) These three words are: “Sheol” which is really the grave, “hades” which may refer to eternal punishment, and “Gehenna”. The word Gehenna takes us back to the valley of Hinnon where Kings Ahaz and Manasseh sacrificed their sons to the pagan god Molech. It later became Jerusalem’s garbage dump. Its came to be synonymous with filth, stench and the constant smoke from burning waste and corpses. It was a perfect image for hell. In a sense, hell may be described as God’s garbage dump. All that is unfit for heaven will be tossed into hell.

The added extra is that hell is everlasting. Jesus, quoting Isaiah, in Mark 9:48, said their worm does not die. There is no end ever to that suffering and for that reason, also no hope. No hope of escape. No hope of dying. No hope of being eliminated. It is forever.

But wait! Isn’t this talk about fire really just symbolic language? I believe it is. I do not expect walls of jasper and a city of pure gold, or foundation walls decorated with precious stones, twelve gates made of pearls, or streets of gold like transparent glass when I get to heaven, yet that is how it is described in Revelation 21. God used language to try to give us a picture of just how wonderful heaven will be. He described it in terms that we are familiar with. I suggest that heaven will be even better than advertised.

In the same way, God gave us a glimpse of hell. God has described in human language the most awful place in time and eternity that we can imagine. We know how painful a burn is. We understand how frightening and lost we feel when we find ourselves in complete darkness. (Matthew 8:12). The idea of living forever in a cosmic garbage dump is terrifying. Yet, I suggest to you hell will be even worse and obviously not a place where we want to go.

Here is a trick trivia question. Where is God? The usual answer will be that He is everywhere. But that is wrong! God is not in hell.

“They will be punished with everlasting destruction and shut out from the presence of the Lord and from the majesty of his power.”

Hell is a place without God. That is why it is total darkness. That is what makes it so bad.

In this life, we are surrounded by God’s providential presence. Even those who reject God still benefit from His goodness and presence. Matthew 5:45 tells us that;

“He causes his sun to rise on the evil and the good, and sends rain on the righteous and the unrighteous.”

All of that ends in hell. There we are separated from Him forever. We cannot truly imagine what life would be like without God but that is life for those in hell.

God created mankind to have a relationship with Him. We were created for life with God in a real relationship that is only possible when we choose to enter into it. God created us with the ability to choose or to reject Him. There are two groups of people in this world. There are those who say to God, “Thy will be done.” And there are those who reject Him to whom God says, “Thy will be done.” Going to hell is voluntary. We don’t have to go. We are told in 2 Peter 3:9 that God is patient with us and wants no one to perish. He wants us with Him forever, but it is our choice.

God does not warn us about hell to scare us into a relationship with Him but He tells us very pointedly the consequences of separating ourselves from our Creator. With that warning comes a way out. A fire escape! Jesus our Saviour!

There are two ways to go. One is hell. You don’t want to go there. The other is heaven. Make the right choice. Choose Jesus.

Based on a sermon by Tony Gant