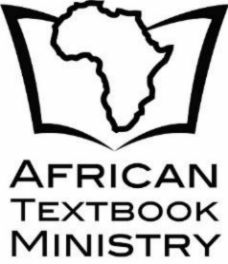 July was a busy and eventful month. Our schedule remains pretty much the same. The first Sunday of each month I preach at Fairview in Manzini. The second and fourth Sundays of the month we are at Timbutini. If there is a fifth Sunday, that is also at Timbutini. The third Sunday of the month we go wherever we happen to be invited.

In July, that third Sunday was spent at Nsangwini, in the mountains between Piggs Peak and Ngwenya. This is one of the older congregations, but they tell the sad story experienced by many poor rural congregations. Most of the young people move away. Our contact with the church came through Gladwell, a young man who moved to Manzini when we were living here earlier (2000-2003). In the last couple of years, Gladwell has been looking toward the day when he will retire from his job and go back to his family land in Nsangwini. But he realised that, if he did not do something now, there would be no church in his home village by the time he retires. So, for the last few years, he has travelled home every weekend. He is trying to revive the church.

Our weekly schedule also remains pretty much the same. On Monday we have a theoretic day off. That means a day to do something different from the rest of the week. Sometimes I work in my shop. Recently that produced a new communion table for the Timbutini Church. Does anyone have a guess at the meaning of the word on the front of the table?

Tuesday is normally a day for preparing my lessons for the following Sunday. On Tuesday evenings I teach a class at the Fairview building.

Wednesday, Thursday, and Friday are mostly spent working on the textbook project. I used to have to interrupt that work to take Chery shopping, but two events have changed that. She now has a driver’s license, and a new shopping centre has opened in a fairly safe area nearby. She can manage most of the shopping on her own now.

Saturdays I go to Timbutini and hold a Bible study at the home of one of the recent converts, Brother Makwakwa. All our recent converts have continued faithful in attending that study. A couple of weeks ago, after the study, I also went to see Steven. He is an older man who has attended the church for years without ever making a decision. I am not sure what has held him back so long, or what I said that helped him past that, but he was baptized today. I have never seen a convert celebrate so joyously. He looks old and feeble, but he came out of the water like a frisky youth.

We hear that prices are going up fast in the States. We face the same difficulty, although for us the price hikes were delayed for a while. Once they started to rise, however, they really went up. Here are some of the key inflation figures (compared to the same time last year): Fuel is up 32.5%, Electricity 14.4%, Meat 9.4%, Bread and cereals 8.4%. We did not do the math on those ourselves. We took those figures from an article in BusinessTech, a South African trade magazine.

We are doing okay. We have made the needed adjustments. So, we are not asking for an increase in our support. But if you were thinking of cutting your contributions to help you deal with inflation, just remember, we must deal with inflation too. Many people around us are really hurting. Not only is inflation high, but unemployment is also. In South Africa the official unemployment rate is 34%. The reality may be closer to 46%. We do not have reliable statistics for Eswatini, but it is nearly as bad here. So, we get a lot of benevolence requests. When we think we can really help, we do. While we are not asking for any increase in support, we certainly could not absorb a reduction. Please keep up your contributions if you can. And, of course, keep up your prayers on our behalf.