We All Need More Phileo Love This Year 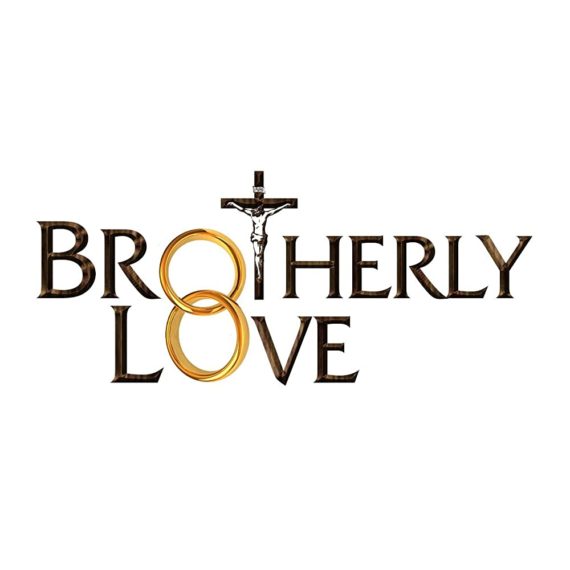 Phileo (Greek), often translated “brotherly love,” is one of the four ancient Greek words for love, along with storge, agape and eros. Phileo is defined by Thayer’s Greek Lexicon as “To love, to approve of, to like, sanction, to treat affectionately or kindly, to welcome, befriend, to show signs of love, to kiss, to be fond of doing, to be wont, use to do.” This is the love between friends.

Friendship is an essential part of who we are. We were created to be friends. It is innate in each of us and causes us to want to belong or to be accepted. Only “phileo” love can fill this need in our lives.

Obviously, these two men were also very good friends. In their relationship we can see at least three qualities of true friendship.

True friendship, according to the Bible, involves loyalty, sacrifice, compromise, and emotional attachment. That is what we learn from David and Jonathan. What makes this story truly unique is that Jonathan loved and cared for David like a brother. He wasn’t like Job’s friends, who were cynical and instead of finding out what was going on in his life, chose to ridicule him. Jonathan was a real friend. Jonathan was a loyal, caring, and a concerned friend.

To have one such friend is a great blessing. The promise of having many is perhaps only fulfilled in the body of Christ. I genuinely hope and pray that you currently have one or more friends who can help you and stand by you during our time of isolation in this pandemic.

Are you a loyal friend? At some point in your life, you’re going to need a loyal friend. Resolve right now to be that friend to someone else. All around us people are hurting, struggling, and needing help. This year, instead of focusing first on your own life, reach out to your “neighbour.”

Friendship starts when someone extends a hand of friendship. You may not connect with everyone, but reach out nonetheless. You will find people in your neighbourhood with whom you naturally connect. Don’t just settle for these, but reach further to those who are neglected. True disciples of our Lord and Saviour Jesus Christ reach out as he did to the lonely, the broken and the outcast, to form friendships that last a lifetime.

Loyalty in cultivating friendship comes before loyalty within friendship. Be a friend who truly cares. Challenges come at each of us from every side and many of us have ‘been through the wringer’ this past year. No one needs or wants a “friend” who is cynical and judgmental and who who questions our situations and motives at every turn. Do not be that type of “friend.”

Instead, let us be loyal friends to one another. After all, we are friends of God. As Christians, we are family! Let us treat one another as a family, not judging one another, but showing godly care and concern. Jesus wants the world to know us by our love for one another (John 13:35). Be a concerned friend. Be the kind of friend that you know you need in your own life.

One further thought: let us realize that even if we are loyal and caring, our friend may not be ready to hear the good news, the gospel of Jesus Christ. Before sharing, let us ask the Lord, “Is this person ready to hear what I have to say?” Sometimes God answers our prayers through the counsel of our brethren (in the abundance of many counsellors, there is wisdom). So, seek out the wisdom of others Sharing the gospel should always be done graciously. ‘Speaking the truth in love’ is not about making demands or pointing fingers. It extends the grace of God without compromise in a patient and loving way. It listens before speaking and clarifies for the sake of understanding. A message of grace ought to be shared graciously.

Godly friendships are greatly needed. The kind of friend that I have described in this article is the type of friend we should all strive to be. Genuine friendship is never easy, which is what makes it so completely worthwhile. Christian friends who practice phileo are loyal, caring, and genuine.

I hope and pray that you will be or begin to be this kind of friend. The kind that loves so much that they are willing to sacrifice as Jonathan did. The kind who is undeterred by messy lives and who trusts in God who lifts us out of the muck to change us by His grace.

Let us by the grace of God, my brothers and sisters in Christ, be that kind of friend. God can and will use you in mighty ways in the lives of His people, for their salvation and for his Glory