Waiting For an Answer From the Lord 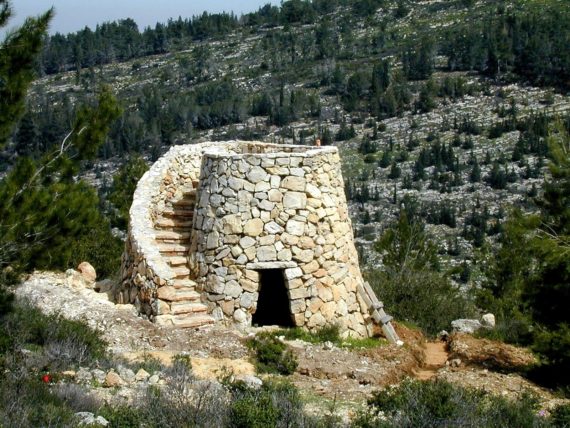 Waiting is often the hardest thing, unless it is waiting for the Lord, which is harder still. Habakkuk chapter 2 opens with the prophet “on hold.” He has had his say and suspects that he might have said too much. He is waiting for God to reply.

He complained at first that Israelite society had gone from bad to worse and wondered aloud just how long God would stand by and do nothing. Without coming out and accusing God of mismanagement, he hinted instead that divine neglect amounted to the same. It escaped his notice that God was at that moment working through prophets like himself and neither passive nor uncaring. God urged repentance while time was of the essence.

God answered to declare that he was finally going to destroy Israel. He was sending the Assyrians who were extraordinarily good…agents of destruction. As godless as they were cruel, no one deprived of God’s protection would be left standing.

Habakkuk was horrified. How could a good and righteous god, even for a moment, side with the most wicked people on earth? No instrumental good could ever justify the use of such intrinsic evil! God was far too good and the Assyrians, far too bad. Confessing the goodness of God and deferring to his wisdom, Habakkuk could make no sense of it. God’s method seemed out of step with his character. So he called upon God to explain Himself.

Having said his piece, the prophet took his stand upon the watchtower to see what God would say and do…suspecting that he had himself gone a bit too far.

We are reminded of another prophet who challenged God and waited for an answer.

Having proclaimed the destruction of Nineveh, Jonah was displeased when the city repented. He was angry that God would ever forgive the Assyrians – who in his mind deserved to be wiped from the earth. When God spared them, Jonah took a seat overlooking the city and held a vigil. He was displeased that God who he knew to be “ a gracious and compassionate God, slow to anger and abundant in mercy, and One who relents of disaster” ,(Jonah 4:2) would extend his grace to Nineveh.

It must have seemed to Habakkuk that God was at it again. Having questioned the grace and compassion of the Lord he was equally dissatisfied with the means of God’s punishment.

When the Lord answered, he commanded Habakkuk to inscribe his words on stone. He had made up his mind and time was running out. Though the Assyrians would invade, God would distinguish between the righteous and the unrighteous. He would see to it that justice was done and neither blind nor indiscriminate (vs 1–3).

Then the Lord announced his judgment of the Assyrians. They of all people deserved the destruction that they had imposed on others. Thieves and robbers, they had taken by force what others had worked for. The blood of the nations cried for vengeance and a return of cruelty on the heads of those who knew no other way. God had spared them two centuries earlier but they had not taken that lesson to heart. Nineveh had been built on the same kind of bloodshed that was about to be turned loose on them by the Lord (vs 4–17).

Nineveh and Jerusalem had much in common. Both had gone their own way and had become a “law unto themselves.” They had become gods, answerable to no one. Until now. God was calling them both into judgment.

When men become gods they don’t ask permission. They declare what is right, rising no higher than the standard of their own behaviour. When they talk about gods they mean the ones that they control. No one creates a god who does not let them do whatever they want.

Man-made gods have less power than their makers and no authority at all. They are deaf, dumb and blind because they are not alive. They are as it were – silent – before their makers. They have nothing to say, no advice to give, no promises to make nor power to keep them. They are entirely useless and for that reason perfectly suited for the purposes for which they were made. They were made to serve, not to be served.

On the other hand God-made men, having failed the purposes for which they have been made might still have hope should they learn to keep silent before their maker. Especially those who yet seek to know and to do the will of the one who is even now watching, waiting and ruling “in his holy temple” (vs 18–20).

Final answers originate with God and not us. He is not obligated to explain himself nor have we the right to second guess Him. We must wait for him and accept his decisions. God has spoken through his prophets and finally in these last days through his Son. While God wants us to inquire and to apply our minds to know his will, it is as those who have been spoken to and never as those who speak first.