The Joy of Unconditional Faith 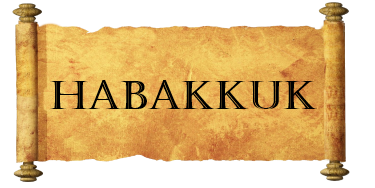 After hearing God’s answer to his complaints in chapter 2, Habakkuk begins Chapter 3 with a prayer. The prayer is according to Shigionoth, a prayer set to music. Shigionoth appears only twice in the Old Testament, here and in Psalm 7.

Habakkuk begins his prayer thinking about God’s powerful works as He provided for Israel and Judah in the past, and remembering the works of God’s hand through His people’s history. Habakkuk wants the same intervention for Judah in his day: “renew them in our day, in our time make them known” (Habakkuk 3:2, NIV)

Habakkuk knows that God has delivered His people in the past and can do it again. God had been merciful toward Israel in the past and He can show mercy again. Habakkuk is aware of God’s wrathful judgement that is ahead for Judah, but he asks God to accompany judgement with mercy (Habakkuk 3:2). At this point Habakkuk calls on God to renew His work of deliverance.

In verse 3 Habakkuk reviews the splendour of God, particularly showing His magnificence leading His people Israel from Egypt through the wilderness and arriving at Sinai.

“His splendour covered the heavens and the earth was full of his praise. His brightness was like the light: rays flashed from his hand and there he veiled his power” (Habakkuk 3:3–4, ESV).

These words recall for us the account of God coming to Mt. Sinai to deliver his commandments to His people. Remember on that occasion that what transpired was only a veiled glimpse of God’s power. When the earth shook, the mountain quaked and was full of smoke. Yet much of God’s might and power remained hidden.

Moses used similar language in Deuteronomy 33:2 (ESV), when he wrote that: “The Lord came from Sinai and dawned from Seir upon us, He shone forth from Mt. Paran; He came from the ten thousands of holy ones, with flaming fire at his right hand.”

Habakkuk appealed to God to once again show his glory to those who were His, as he had done in the past.

In the reality and severity of the coming judgement of Judah, Habakkuk presents us with a picture of God’s sovereignty over the nations (6–7). His omnipotence over His creation (8–11), reveals an all powerful ruler of the universe. Can you get a visual picture of mountains that were either scattered (6) or trembling in the presence of an almighty God? (11). God was not angry with rivers (8) like the Nile or with seas like the Red Sea, but rather demonstrated His sovereignty over them.

God’s wrath and anger are turned instead toward the Chaldeans (12), whom He would use for the purpose of disciplining and saving Judah (13). Habakkuk came to understand that God’s sovereignty over the kingdoms of men, gave Him the power to use the Chaldeans to punish Judah and then to ultimately punish Chaldea. The ferocity of God’s punishment and the certainty of God’s mighty hand against both the Chaldeans and Judah (14–15) lead to Habakkuk’s reaction in v16.

Knowing that God was sending the Chaldeans to bring judgement upon Judah, Habakkuk says “I hear and my body trembles, my lips quiver at the sound; rottenness enters into my bones; my legs tremble beneath me. Yet I will quietly wait for the day of trouble to come upon people who invade us” (Habakkuk 3:16, ESV).

What Habakkuk displayed was an absolute fear and dread of what lay ahead for Judah and whose arrival was imminent. He was shaken and disabled by the prospect of experiencing this coming devastation along with Judah. There was nothing left for him to do but to wait for that which God had declared inevitable. It was a grim reality made certain, for God had spoken.

Can you recall a time in your life when you felt as Habakkuk did? Is there a circumstance now that you can think of that might be compared to an invasion that would threaten you and the safety and welfare of those that you love? What about the Covid 19 virus? This virus has impacted the lives of almost everyone to some degree. We think of losses. Some have lost jobs. Some have lost a business. The inability to provide for your family is often dire. Has anyone close to you been sick? Do you know someone who has died from the virus? Have you lost someone dear to you because they were sick with the virus?

Consider Judah’s situation. Judah depended on agriculture. The devastation that Habakkuk envisioned is stark as seen in verse 17. The fig tree will not blossom, no fruit on the vines, no olive crop, no food from the fields, no animals in the stalls. When the source of income is destroyed agriculturally, the short and long-term impacts are palpable. The situation looks hopeless.

Habakkuk’s reply to all this, some have considered to be the most beautiful expression of faith in the Bible. “Yet I will rejoice in the Lord; I will take joy in the God of my salvation.”

Given the situation and the suffering that is ahead for Judah, joy is not the first response most would exhibit. Habakkuk did more than just endure. He found joy in the Lord. What also stands out is that Habakkuk decided how he would respond before the suffering arrived. It is evident that he is speaking for himself and not the people of Judah. Covid 19 will come and go. But there will always be occasions that challenge our faith. Do you know how you will respond? How does your faith in “the God of your salvation” measure up?

For Christians, for those who are called according to His purpose (Romans 8:28), the apostle Paul writes:

“What then shall we say to these things? If God is for us, who can be against us? He who did not spare His own Son but gave Him up for us all, how will he not also with him, graciously give us all things? Who shall bring any charge against God’s elect? It is God who justifies. Who is to condemn? Christ Jesus is the one who died—more than that, who was raised– who is at the right hand of God, who indeed is interceding for us. Who shall separate us from the love of Christ? Shall tribulation, or distress, or persecution, or famine, or nakedness, or danger, or sword? As it is written, ‘For your sake we are being killed all the day long: we are regarded as sheep to be slaughtered.’ No, in all these things we are more than conquerors through him who loved us. For I am sure that neither death nor life nor angels, nor rulers, nor things present nor things to come, nor powers, nor height nor depth, nor anything else in all creation, will be able to separate us from the love of God in Christ Jesus our Lord” (Romans 8:31–39 ESV).

Habakkuk trusted God. Habakkuk’s faith was predicated on the patience, long-suffering, and love of an almighty God and Father of the universe for those who are His. Therefore he states in verse 19 that

To this day in Palestine, deer scamper in the barren hills near the west side of the Dead Sea. They walk with ease in places where you and I would surely slip and fall. That is the point. God will cause those who trust in him to walk in security through each situation in life that threatens to bring them down.

Habakkuk rejoiced in the bleakest circumstances. He did not rejoice because God was judging Judah, but because the God who did so was also the God of his own salvation. God has never saved anyone by ignoring justice. But he saves us today, having justified us in Christ Jesus.

As his children, our hope in him ought to be obvious to all. As Habakkuk took joy in the God of his salvation, so do we. Joy and victory are ours in Christ as we persist in faith and obedience, trusting a heavenly Father who has at all times proven trustworthy.