The Price of Repentance 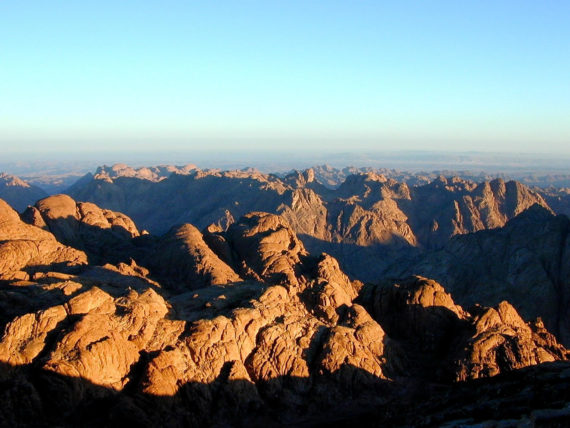 One of the great privileges that God has granted, is the personal right to become owners. Early in life we aquire things that are exclusively ours. I is as owners that we learn to share and to give things away. Ownership opens the possibility of sharing with others and passing ownership to others.

Ownership and perhaps along with that, the pride of ownership are gifts from God. Both the capacity to ‘own’ along with that which is owned…these both come from God, and are in view in our passage from Leviticus.

Now there are some important layers to the matter of ownership that help us understand our text. Consider for example – home ownership. In Canada this right is extended to us by various levels of government. The most common type of ownership is called Fee Simple. When granting such rights, government sets boundaries for personal ownership while retaining some of its own. If I own my property outright where there is no mortgage on it, no liens, easements, rights of way or other encumbrances against it, that is about as good as it gets. The property is mine and no one else owns it.

But my ownership is not absolute.

Various levels of government do in fact retain the right to levy taxes and also the right to take it away from me should I refuse to pay. They may also choose to take my property for some form of public use through the process of expropriation upon the principle that the good of the community or the nation have a higher claim on the land than do the interests and the good of an individual. There are layers of ownership at work in my own backyard that are similar to those present in our text.

Our discussion actually takes in Leviticus 5:14-19 as well as Leviticus 6 and 7.

In this passage, the kind of sacrifice that is in view is called the ‘reparation‘ sacrifice. It is associated with making reparation (paying someone back) for goods wrongly taken from their rightful owners. Sometimes the rightful owner is God alone and at other times it includes my neighbour. The focus is more on the price of making things right than it is on what it was that you did that was wrong. It is the wrong committed that renders a person guilty before the Lord, and demands payment in at least two forms, one of which was the guilt or reparation sacrifice.

Repentance is required in this process which involves two stages. It is not enough to feel guilty or prodded by a guilty conscience. God designed our consciences to do just that and they work and as long as we don’t grow calluses over them. Recognizing that we have done wrong is the first step.

In several of the examples given in the text, the fact that a wrong has taken place might largely be a secret. If I had defrauded someone, I would know it and God would know it and he sets to work through the conscience that he has placed within me.

Yet in order for repentance to be real, it must set out to make things right. Right at the top of the list of things that need to be done is a repayment that addresses the fraud that has taken place. Someone has been cheated out of some kind of property and that property or a value in its place must be restored. You will have noticed that in addition to the value taken, a surcharge or additional penalty of 20% was added. The amount paid back was 120% of what was taken.

Here are two examples of when and how this was to be done.

How might a person defraud God? One hint comes from the word ‘ma-al’ ‘to sin’ which carries the connotation of a sacrilege. A sacrilege is the opposite of ‘to sanctify’. It is a violation that causes that which was sanctified to become unclean. Thus, if a person lied and took an oath in God’s name to prop up the lie, they brought a form of uncleanness into the presence of God. Leviticus 6 combines this with defrauding a neighbour and then covering it up by swearing in God’s name.

This was a sin against God’s holy things. Both of these sins called for reparation. The things of God needed to be purified again and God’s name unentangled from the lie. For when a person lied and then called on God to witness to his integrity, he multiplied his sin. The wrongful taking of an oath in God’s name was one such offence

Now of course, a person might sin against the ‘things of God’ by withholding a tithe or failing to follow God’s laws regarding the redemption of the firstborn. Any and all such failures, even when done in ignorance, made a person guilty

In cases when God had been wronged, the sacrifice came first, and reparations were paid later. The sacrifice rendered the person pure again and then, in that reinstated condition, they were able or qualified to pay God his due. If the fraud was against a neighbour, then the reparation came first an the sacrifice second.

There were three steps in this process regardless of who had been defrauded.

1. The person had to appear before Lord at the tabernacle and make a public confession of their sin. This was perhaps the hardest part, especially when the person had knowingly taken what belonged to another. It was doubly hard when they had added God’s name and reputation to the mix for a person willing to swear falsely, was willing to resort to almost anything to get away with their crime.

Furthermore, confession meant – that it was all made public. Exposed and humbled and with a ruined reputation, others would no longer take them at their word. There was a personal price for sin and deception, and one that they might take a lifetime to overcome.

3. And then as a further penalty – they had to add another 20% to the value of what was stolen. This was to compensate the victim for the personal harm done and the use of their possession during it’s absence.

Leviticus 6 provides several examples of what might have happened. Perhaps someone left something on deposit with you for safekeeping and then it went missing. You could not get out from under your obligation to pay them back. Suppose that someone agreed to care for 2 of your cows while you gone, and of course to return them when you get back. If one wanders off and is lost, they would have to replace it.

A dishonest person might take the property of another to market and sell it. They might compound their sin by swear to God that they don’t know what happened to it. They might even hold some threat over the owner’s head, thus taking it away by force – like paying protection money to the mob. They might threatening to expose some embarrassing thing that you would rather keep secret…extortion can take many forms. This legislation addresses reparation of all sorts

If you lost property and I found it, failure to report that I have, is the same as theft.

Then there is always robbery…the taking by force what someone else is not strong enough to keep. If done by night, the robber might manage to keep his identity a secret.

No matter how it was done, each of these forms of wrongful taking or wrongful keeping, made a person guilty. The victim was deprived of their property and their property rights. Added to that, they suffered the loss of a sense of security. All victims of crime feel violated and are forced to feel that the world is no longer the safe place that they once thought that it was.

The second layer of personal ownership is the fact that God is the ultimate owner of everything. When someone steals my stuff, they also steal God’s stuff. It is an offence against God.

“For every beast of the forest is Mine, The cattle on a thousand hills.
“I know every bird of the mountains, And everything that moves in the field is Mine. “If I were hungry I would not tell you, For the world is Mine, and all it contains.

Not only must I make things right with my neighbour, I must also make them right with God.

Remorse must give way to Repentance, which in turn calls for confession. It demands repayment along with an added premium. To square things with God, the reparation sacrifice was an absolute must. God required it and to fail to offer it and to go fully public with one’s crime – left the person guilty before God and cut off from Him.

The good news was, that God had provided a way back – for those who violated His covenant through theft, fraud and deceit. The sobering news was, that repentance is expensive. Yet, no matter the expense – including a fallen reputation, repentance was always worth it. It was always the right thing to do.

The first is that we ought to value our own consciences above all else. A clean conscience is priceless. It is therapeutic and exactly the thing that God wants us to have. To live at peace with God and to experience the kind of peace of mind that is rooted in doing the right thing…is a blessing from God. That is why God provided the reparation offering and why repentance remains God’s antidote to sin

Which raises some personal questions:

God urges us to put things right first with our brothers and sisters, before seeking his presence and favour. We do not have to live from day to day with a burden of guilt. God wants us to repent of sin and wrongdoing and he wants us to do whatever is in our power to set things right. To admit sin, repay our debts and to the extend possible, undo the harm that has been done. Then and only then can we come boldly into the presence of God to seek his forgiveness and to offer acceptable worship.

Oath or no oath, God has bound himself to Christians. His Spirit lives within. His reputation in this world is ours to uphold or to bring into disrepute. Our sins reach up to and affect his holy things…as they once did with Israel.

Quoting from Isa 52:5, the apostle Paul said of Israel that: …“the name of God is blasphemed among the Gentiles because of you,” just as it is written. May that never be true of us.

Here is even better news: Isaiah 53:10 speaks of the messiah as our ‘guilt offering’. But the Lord was pleased To crush Him, putting Him to grief;
If He would render Himself as a guilt offering, He will see His offspring, He will prolong His days, And the good pleasure of the Lord will prosper in His hand.

There is that word again.

The word ‘asam’ is used to describe the sacrifice that Jesus made on our behalf. The sacrifice that atones for our sins also pays the debt that was ours for defrauding God of his due. . It puts right the sacrilege of our unholiness. When Jesus gave his life as a ransom for many, he offered to God the fullest satisfaction for sin that was possible. He made reparation for our sins and those of the whole world which in turn allowed God to declare that He had received back all that was lacking.

This is the blessing that is ours in Christ, now and forever more.

PrevPreviousUnholy worship is an insult to God!
NextOur God is HolyNext