The Longest Walk That You Will Ever Take 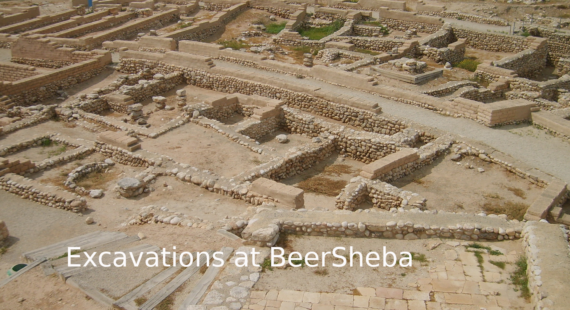 Genesis 22:1-19 (NIV) Some time later God tested Abraham. He said to him, “Abraham!”
“Here I am,” he replied. 2 Then God said, “Take your son, your only son, whom you love—Isaac—and go to the region of Moriah. Sacrifice him there as a burnt offering on a mountain I will show you. ”
3 Early the next morning Abraham got up and loaded his donkey. He took with him two of his servants and his son Isaac. When he had cut enough wood for the burnt offering, he set out for the place God had told him about. 4 On the third day Abraham looked up and saw the place in the distance. 5 He said to his servants, “Stay here with the donkey while I and the boy go over there. We will worship and then we will come back to you. ”6 Abraham took the wood for the burnt offering and placed it on his son Isaac, and he himself carried the fire and the knife. As the two of them went on together, 7 Isaac spoke up and said to his father Abraham, “Father?” “Yes, my son?” Abraham replied. “The fire and wood are here,” Isaac said, “but where is the lamb for the burnt offering?”
8 Abraham answered, “God himself will provide the lamb for the burnt offering, my son.” And the two of them went on together.
9 When they reached the place God had told him about, Abraham built an altar there and arranged the wood on it. He bound his son Isaac and laid him on the altar, on top of the wood. 10 Then he reached out his hand and took the knife to slay his son. 11 But the angel of the LORD called out to him from heaven, “Abraham! Abraham!”
“Here I am,” he replied.
12 “Do not lay a hand on the boy,” he said. “Do not do anything to him. Now I know that you fear God, because you have not withheld from me your son, your only son. ”
13 Abraham looked up and there in a thicket he saw a ram caught by its horns. He went over and took the ram and sacrificed it as a burnt offering instead of his son. 14 So Abraham called that place The LORD Will Provide. And to this day it is said, “On the mountain of the LORD it will be provided. ”
15 The angel of the LORD called to Abraham from heaven a second time 16 and said, “I swear by myself, declares the LORD, that because you have done this and have not withheld your son, your only son, 17 I will surely bless you and make your descendants as numerous as the stars in the sky and as the sand on the seashore. Your descendants will take possession of the cities of their enemies, 18 and through your offspring all nations on earth will be blessed, because you have obeyed me.” 19 Then Abraham returned to his servants, and they set off together for Beersheba. And Abraham stayed in Beersheba.

God spoke to Abraham and gave him a very a specific command “Take your son, and offer him as a burnt offering.” This passage tells us right at the beginning that this was a test for Abraham – but Abraham did not know that. Everything about it was real and he had a lot of time to dwell on it, both before leaving the next morning and for the next three days on the way to Moriah.

What was he thinking? The Genesis account does not tell us, but the decision that he made is plain to see. He immediately obeyed God, travelling from Beersheba to an area near Jerusalem and perhaps to the very mountain on which the Temple was later built [2 Chron 3:1].

As the ‘crow flies’, this was about 60 or 70 kilometres. But the point is that he did not drag his feet or stop to think things over. Whether or not he slept well at night, the one thing that he did not do was to ‘second-guess’ God. God had already called him from his homeland to a place he had never been. God had kept His promise that he and Sarah would have a son – through whom the nations of the earth would be blessed. And God had protected him for many years in a foreign land making him visibly wealthy such that people around him were jealous.

A lesser man might have had doubts. He might have resented having to leave home and living for decades without an heir. He might have faltered in the face of family pressure or rebelled in the name of human decency. He might have taken this as a sign that God had turned against him and canceled the promises made so long ago. He might have done any or all of these, but he did not.

There was no question in Abraham’s mind that God was the one commanding the sacrifice of his son. There was no doubt about the source of his troubles or what it was that he was to do.

Often, when we face troubles, it is with less certainty about their source or clarity about the road ahead. We may ask why it is that God permits us suffer as we do. Why have the things that are happening in my life taken such a negative turn?

Since we believe in God and trust Him, our faith is put to the test. We may even wonder if God is there at all.

Let’s dig a bit more deeply into our story:

To start with, this is a very strange command. God commanded a human sacrifice when all that was known about God forbade the taking of innocent life. (Gen. 9:6) Sometime later God explicitly condemned human sacrifices to Molech. [ref: Lev 18:21, 20:2-5, Jer 32:35] Why then would God want Abraham to kill his son?

From God’s point of view, He was testing Abraham. His intentions became clear when the altar was built and the knife was raised. From start to finish, this was all about the test. Abraham was being put to the test…and not God. It is God’s right to test us…but we are never to do so with Him. His integrity is not in question nor is His resolve or power to keep His promises. But God’s command forced Abraham to make a choice. He said in effect: take your son, your only son whom you love, through whom you hoped to have descendants, and subordinate all of that to your love for and fear of Me.

And in response, Abraham set out as soon possible. He headed straight for the place that God would show him. When the time came, Abraham and Isaac went on alone leaving the servants with their animals and supplies. Yet in parting, Abraham said to the two young men: “I and the lad will go over there; and we will worship and return to you.” “We” will return to you. This may seem a strange thing for Abraham to say, knowing that God had commanded him to sacrifice Isaac as a burnt offering. But we know from the book of Hebrews what Abraham had concluded.

Hebrews 11:17-19 (NIV) 17 By faith Abraham, when God tested him, offered Isaac as a sacrifice. He who had embraced the promises was about to sacrifice his one and only son, 18 even though God had said to him, “It is through Isaac that your offspring will be reckoned.” 19 Abraham reasoned that God could even raise the dead, and so in a manner of speaking he did receive Isaac back from death.

The test was: does Abraham have enough faith in Me to obey Me by taking the life of his son? Does he believe that I will still fulfill My promises to Him that can only come to pass through Isaac?

Genesis 17:19 (NIV) 19 Then God said, “…your wife Sarah will bear you a son, and you will call him Isaac. I will establish my covenant with him as an everlasting covenant for his descendants after him.

The choice then was to believe or not to believe, to obey or to disobey God. There was no middle ground – no way to obey short of offering his son Isaac. Isaac was still just a lad, unmarried and without descendants.

But Abraham did not try to rationalize his way out. He did not say:

Abraham stepped out in faith. He did not do it blindly, nor did he abandon rational thinking. This was absolutely not an ‘existential leap’ from a meaningless present to an unknown future. Quite the opposite. It was exactly what Biblical faith must always be. Abraham trusted the God whom he knew was there. He heeded the God who had not been silent. He obeyed the God who always rewarded obedience, and in so doing, he charted a course for us all to follow. He looked beyond the land of promise to an eternal city whose builder and maker is God. Fortified by promises kept, he took hold of by faith – those promises yet to come.

Abraham’s faith resulted in obedience. His was not faith in faith…but faith in almighty God and in His word. To which God responded by reaffirming His promises to Abraham.

Genesis 22:15-18 (NIV) 15 The angel of the LORD called to Abraham …16 and said, “I swear by myself, declares the LORD, that because you have done this and have not withheld your son, your only son, 17 I will surely bless you and make your descendants as numerous as the stars in the sky and as the sand on the seashore. Your descendants will take possession of the cities of their enemies, 18 and through your offspring all nations on earth will be blessed, because you have obeyed me.”

Two thing push to the forefront in these verses.

Abraham passed a test that he might also have failed and in so doing provided a ‘type’ for the sacrifice of God’s own Son (Heb 11:19)

It is clear then that God’s advance ‘knowing’ does not impinge upon or predetermine our ‘doing’. Each is real yet distinctly separate as causal realities. God has given us freedom of choice and honours our choices. Biblical faith is ours and not something imposed upon us from above. This was true for God’s own Son. The Father knew that Jesus would live a sinless life and would die upon the cross for our salvation. He predicted this and more in scriptures, all of which were fulfilled by Jesus. Yet Jesus still had to choose. He still had to obey and He still had to go to the cross. It was not finished until it was.

And so it was that Abraham really did pass God’s test. This passage in Genesis was recorded by God through Moses for our benefit – for teaching and training us in righteousness [ref: 2 Tim 3:16]. And while we are spectators to the life of Abraham, we are participants in the here and now.

God is not finished with us. Each of His commands tests our obedience. The question for us is: will be trust Him enough to obey Him?

Abraham showed us that:

PrevPrevious“I AM” the LORD Your GOD
NextThe Preacher: The Man and His WorkNext