Sermon on the Mount – Part III 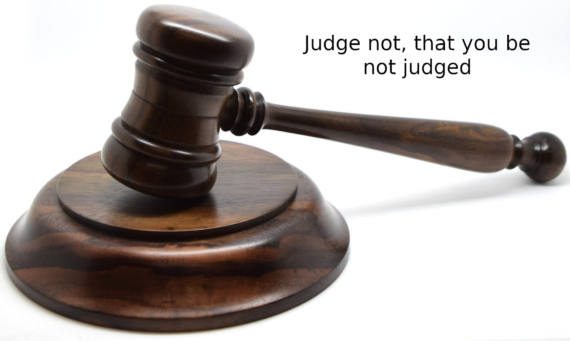 The multitudes who gathered to hear Jesus were impressed both by the authority with which he spoke and the compassion with which he ministered. He was as patient with his audience as he was honest about God’s truth. Each part of this sermon revealed something vitally true about God along with a practical application for everyday living. We now turn our attention to Matthew chapter 7.

Judging is Completely Out of Our Realm. (Vs 1-6)

When Jesus said “Judge not that you be not judged”, it seems likely that he was speaking of the sort of judgment that pertains to the salvation of another. God reserves absolute rights over the final disposition of human souls. The verdict is his to determine and to pronounce. All people exercise spiritual discernment as those who will themselves be judged by the one who is fully informed and empowered to do so. It is not our place to exercise this kind of judgment. We are only ever partially informed and often guilty of the very thing that we condemn in others.

We ought not however conclude that discernment is not called for in our Christian lives. We must use sound reasoning and judgment to determine what God wants and then set out to obey. When we or others do something that God’s word condemns, we are not ‘judging’ when we recognize sin for what it is. And while the final verdict is God’s to pronounce, He has already taken the guesswork out of it by telling us what he will condemn and what he will reward.

The New Testament teaches that while we are not to pronounce final judgment, we are nevertheless our ‘brother’s keeper’.

My brothers and sisters, if anyone among you strays from the truth and someone turns him back, let him know that the one who has turned a sinner from the error of his way will save his soul from death and cover a multitude of sins. (Jas 5:19-20)

Writing to the Galatian churches, the apostle Paul said

Brothers and sisters, even if a person is caught in any wrongdoing, you who are spiritual are to restore such a person in a spirit of gentleness; each one looking to yourself, so that you are not tempted as well. (Gal 6:1)

These two passages maintain a balance between our responsibilities toward our brothers and sisters and the prohibition put in place by Jesus against presumptive condemnation. Those who step beyond these boundaries stand in danger of having their own standard of judgment turned back upon themselves.

Prayerand the Golden Rule– Vs 7-12

The amazing thing about prayer is that the one who made the world out of nothing is waiting to hear from all of us who need help! And that is all of us! In this passage, the Savior introduced what we might call – the “ask, seek and knock” rule. The thread running through these verses is that God does give – to those who ask, who seek and who knock! In this respect, prayer is always an act of faith.

To illustrate, Jesus reasoned from the lesser to the greater. If parents with limited resources and sinful hearts nevertheless do their best to bestow ‘good gifts’ upon their children, how could anyone think that our Heavenly Father will fail to go far beyond that? God is good and only gives that which is good and in the very best way.

Jesus came next to what have come to call “the golden rule.” He went on record saying, “in everything, therefore, treat people the same way you want to be treated, for this is the Law and the Prophets.” (Mt. 7:12) Luke’s account of the rule puts it this way: Treat others the same way you want them to treat you” (Lk. 6:31). This is one of those universal principles that Jesus intended for us to apply in every place and at all times. Simply put, it is always the right thing to do!

The balance of chapter 7 offers a series of choices. A choice between two ways, two trees, two foundations laid by two builders.

When Jesus spoke of two gates leading to two ways, he identified that entry upon each way was begun at some specific point in time. Each gate represented an alternative choice which in turn determined the path entered upon.

One path was entered through a narrow gate. We might think of a strait – a narrow entry point into a body of water. Passage is often difficult, requiring extreme care. From what Jesus said, the path entered through this ‘gate’ is difficult, calling for discipline, self-denial and even sacrifice. Not surprisingly, it is the minority choice – for most avoid difficulty and even despise the standard to which it calls. Yet, at the end of the road, there is eternal life.

The other gate is rarely a conscious choice. It is that to which we all default by insisting upon our own way. It takes no spiritual effort to pass through the gate and nothing but sin to stay the course. By comparison, “There are many who enter through this gate unto destruction.” In spiritual matters, the majority always has been and always will be – wrong. There are few who find the narrow gate and even fewer who choose to pass through it.

Our Lord is saying very clearly “Be careful, don’t believe everything you hear. Don’t just automatically choose what is easier than other ways…” And, oh yes,” says Jesus, “remember I told you few find this path!” This carefully chosen advice from Jesus is to be learned and then lived. He, Jesus Himself, tells us it is the only way! We seem to grasp the essence of it when we say, “His wife keeps him on the straight and narrow,” which is borrowed from Jesus but helps us understand the significance. The singularity and exclusivity of the Gospel plan of salvation along with life ‘in Christ’ is hard to miss. There really is only one saviour, only one way to be saved and only one way of living the ‘saved life’.

Since there are two and only two ways – one narrow and the other wide – there are also advocates for each. Those who listen to and follow the example of false prophets not only enter through the wide gate, but are convinced that it is actually the right gate. False prophecy turns bad into good and good into bad. It exchanges God’s truth for a lie, paying off in the here and now instead of in the hereafter. But Jesus assures us that the hereafter is well worth living for and waiting for. So while the fruit of righteousness is life eternal, the fruit of unrighteousness is eternal death.

The imagery of ‘wolves in sheep’s clothing’ warns us that false prophets usually arise from within the flock. This ensures that their influence is most keenly felt and often effective. God’s people are therefore warned to be especially alert to false doctrine and ungodly standards when presented by those closest to us. We must always go back to God’s word to determine what it is that He approves and promises to reward.

Declaration one is from Jesus: “Many will say to me in that day ‘Lord, did we not prophesy in your name and in your name cast out demons?” Jesus appears to be talking about the Judgment Day at the end of time! On that day, many will claim to have served Jesus – in his name and by his power.

But Jesus will deny their claims. Perhaps they only resorted to these words, to escape the outcome! What we do know for certain is that Jesus said, “I will declare to them,” ‘I never knew you, depart from me you who practice lawlessness!’ (7:23)

On the Day of Judgment, words alone will not be enough. We must be careful to understand that we can’t fool Jesus, so we shouldn’t try!

We have come to the “therefore” portion of this admonition to do things God’s way! As this sermon drew to a close, the crowds had a choice to make. They could pay heed – they could take the Lord’s message to heart and apply it to their lives. Or they could go home and forget all about what they had heard.

Those who accepted and obeyed the words of Jesus were like a wise builder who dug down deep, to set the foundation of his house on solid rock. With the right foundation, nothing in life would be able to destroy that which had been built upon Christ. But those who rejected the master’s words had no such protection. Their lives were not only unprotected but guaranteed to fail – both in time and at the end of time. It is worth noting that the ‘storms of life’ were the same for both, but not the outcomes. The foundation was what made the difference.

The word of God – spoken through His Son – is the word of life. Those who reject it do not enter into life and set themselves up for a great fall. (Matt. 7:27) This fall is great, both because it is completely unnecessary and is eternally final. Once God has pronounced his verdict, there will be no remedy at all. So the time to take heed is now.

In my opinion the verses that we have covered in this brief study – are some of the most clearly understood in the New Testament. They were forcefully made and delivered by our Lord as ‘God in the flesh!’

We are not alone in that appraisal, for the chapter ends with the observation, that: “When Jesus had finished these words, the crowds were amazed at His teaching; for He taught them as one having authority, and not as their scribes!”- Matthew 7:28,29

Author’s Note: Let me encourage all who read this article to undertake the following:

4) Above all, note that Jesus alone has the credentials and authority to say and demand these things.

PrevPreviousHow Solid is Your Foundation?
NextThe Wiles of the DevilNext