Salvation: Like the Thief on the Cross or the church at Rome? 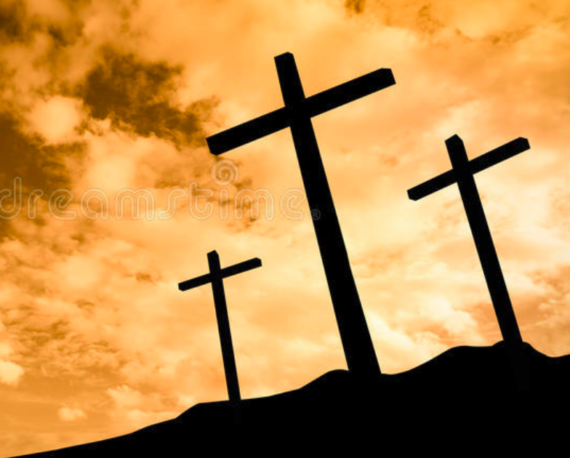 We often share with folks, that we all need to be baptized for the forgiveness of sins. This is the same answer that Peter gave on the Day of Pentecost when those who heard him speak, asked what they needed to do to be saved.

“Peter replied, “Repent and be baptized, every one of you, in the name of Jesus Christ for the forgiveness of your sins. And you will receive the gift of the Holy Spirit.” (Acts 2:38 NIV)

From time to time, someone will suggest that since Jesus took the thief on the cross to Paradise with him without baptism, that perhaps baptism is not now essential for salvation. We might observe however that this was a once-in-the-lifetime of Jesus, event. The thief followed no set of commands, had no right to expect the outcome that was granted and that the entire exchange set no precedent for anyone to follow. It was by its very nature an unrepeatable event.

Since that time, Jesus has ascended to and is sitting at the right hand of the Father. The instructions that he gave his apostles – for our salvation are set out clearly and preserved in scripture. Looking ahead to the ministry of the apostles, “ [Jesus] said to them, “Go into all the world and preach the gospel to every creature. “He who believes and is baptized will be saved; but he who does not believe will be condemned.” (Mark 16:15-16 NKJV)

Not to be dissuaded, those looking for another way to be saved will often turn to Romans 10:9-10 where Paul wrote: “ If you confess with your mouth the Lord Jesus and believe in your heart that God has raised Him from the dead, you will be saved. For with the heart one believes unto righteousness, and with the mouth confession is made unto salvation.” (NKJV) That beautiful and truthful passage was written to baptized believers.

Four chapters earlier Paul recounts what the brethren at Rome had done in order to obey from the heart that form of doctrine delivered to them. “Do you not know that as many of us as were baptized into Christ Jesus were baptized into His death? Therefore we were buried with Him through baptism into death, that just as Christ was raised from the dead by the glory of the Father, even so we also should walk in newness of life.” (Romans 6:3-4 NKJV)

And then he added: “But God be thanked that though you were slaves of sin, yet you obeyed from the heart that form of doctrine to which you were delivered.” (Romans 6:17 NKJV)

Romans 10:9-10 reveals that we must believe that God raised Jesus from the dead. The thief on the cross couldn’t believe that because it had not yet happened . We are required to believe that which the thief could not. Jesus had not yet died for the sins of the world and at that moment, no one could yet be baptized into His death (Romans 6:3-4).

The salvation of the thief is not an example that anyone has followed nor can it instruct us how to be saved today.

The cross has come and gone and with it the possibility of being saved like the thief. But we can be saved like the Romans by obeying “that form of doctrine delivered to you” just like the Romans did. (Romans 6:17) Then you will be in Christ, a Christian, raised to walk in newness of life, a new creature having put the old man of sin to death. “If anyone is in Christ, he is a new creation; old things have passed away; behold, all things have become new.” (2 Corinthians 5:17 NKJV)