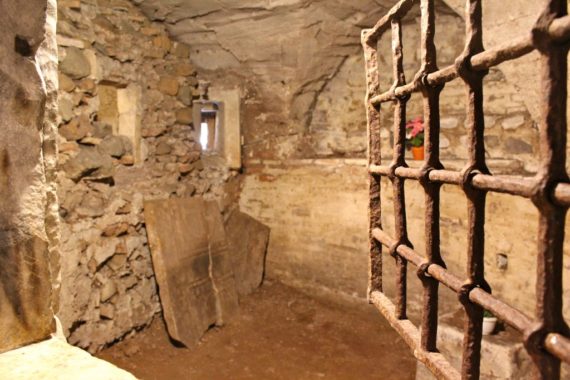 The previous article discussed Paul’s situation as he wrote 2 Timothy, suggesting that he was in prison at Rome—most likely not the imprisonment at Rome that Luke records at the end of the book of Acts—as he awaited the final disposition of his case. He is expecting that his death is nearby (4:6), and God has him pass along some final reminders to his “beloved child, Timothy” (1:2, ESV).1 The article concluded by observing that only 2 Peter uses words related to knowledge, learning, and memory more densely than does 2 Timothy.

Paul defines the task facing Timothy as “the work of an evangelist” (4:5), Perhaps surprisingly in light of how often we use its English equivalent in modern times, “evangelist” (εὐαγγελιστής, euangelistēs) occurs only three times in the New Testament. Luke’s only use of the term (Acts 21:8) does not indicate the precise nature of an evangelist’s work, though the previous mentions of Phillip in Acts could certainly explain how this nickname came about. The other instance in Paul’s writings, however, sheds clear light:

“And he gave the apostles, the prophets, the evangelists, the shepherds and teachers, to equip the saints for the work of ministry, for building up the body of Christ, until we all attain to the unity of the faith and of the knowledge of the Son of God, to mature manhood, to the measure of the stature of the fullness of Christ, so that we may no longer be children, tossed to and fro by the waves and carried about by every wind of doctrine, by human cunning, by craftiness in deceitful schemes” (Ephesians 4:11–14).

Several aspects of this passage are significant in relation to 2 Timothy.

First, notice that evangelists appear amongst a list of works of fundamental importance: earlier in Ephesians, Paul describes the apostles and prophets as the very “foundation” of the church (2:20), and his previous letter to Timothy, as well as Titus, testify to the importance of elders or shepherds. The importance and responsibility borne by the other works listed suggests that the work of an evangelist is equally fundamental and also bears significant responsibility.

Second, Paul says that God gave each gift for the purpose of building up the church and equipping it for its mission pf bringing as many as possible to know and obey Him. Third, Paul portrays each gift as an anchor holding the rest of the church in place against whatever forces might be trying to exert influence on it. Paul’s reminders in 2 Timothy exemplify the picture of an evangelist derived from Ephesians 4, even though the term itself is only used at 4:5.

Paul repeatedly underscores the importance of Timothy’s task and the responsibility he bears for carrying it out in accordance with God’s instructions. For example, Paul instructs to Timothy to “charge them before God not to quarrel about words” (2:14). The word that the ESV translates “charge” (διαμαρτύρομαι, diamarturomai), which also appears at 4:1 in connection with Timothy’s responsibility to proclaim God’s word, connotes a “solemn and emphatic utterance.”2 Likewise, in the very next verse, Paul impresses the seriousness of Timothy’s responsibility upon him: Timothy is going to be judged according to how well he carries out his responsibility of transmitting God’s word, so he needs to make every effort to ensure that he meets God’s standards in that regard (2:15). Furthermore, Paul’s metaphor of vessels in a house, some for honourable use and some for dishonourable use, further reinforces this theme (2:20–21).

Paul’s final reminders to Timothy also emphasize the role Timothy is to play in equipping and building up the church. The same passages used above to illustrate the seriousness Paul ascribed to Timothy’s responsibility also show that said responsibility involved equipping the church to do God’s will. God’s word is effective for preparing His people for everything He wants them to do (3:17), hence the seriousness Paul attaches to the task of preaching the word (4:1–2). Other examples include Paul’s exhortation to pass on his teaching to others who could keep passing it on (2:2). This latter passage also illustrates Timothy’s role as an anchor against the church drifting away from God’s plan: if Timothy successfully transmits Paul’s inspired teaching to those coming along after him, and those people do the same (one of the instructions involved being the command to pass the teaching on), and this process continues uninterrupted until the Lord returns, the church will never drift away from God’s plan for it.

In summary, then, Paul stresses several aspects of the task with which God is entrusting Timothy. First, it is a serious responsibility. Second, He entrusts this responsibility for the building up and equipping of the church. Third, Timothy’s steadfast adherence to the standard of teaching Paul has laid down will ensure that the church is anchored against all the forces assailing it. May we do the same for the Lord’s church today!

1 Scriptures cited by chapter and verse only are from 2 Timothy.