Paul, Philemon, and the New Testament Approach to Slavery 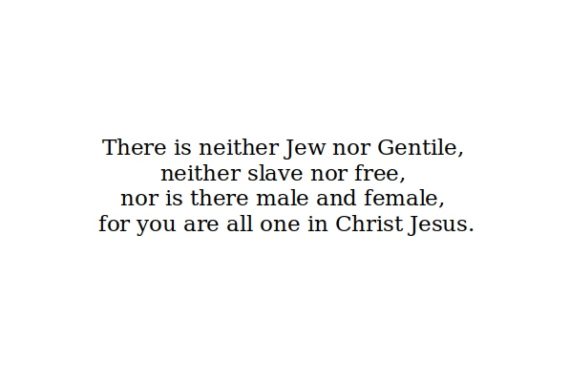 Philemon, the Christian to whom Paul’s letter by this name was written, was a slave master. If we knew of any Christian today who held slaves, we would be deeply concerned about his spiritual condition. Yet Paul calls him “our beloved fellow worker” and thanked God continually for Philemon’s love toward Jesus for all the saints. Beyond this Paul had personally “derived much joy and comfort” from his love “because the hearts of the saints have been refreshed through you” (verses 1–7, ESV).

How do we square this with what I am confident everyone who reads this article believes about the propriety of human slavery? What does this say about how we read the Bible in general and the New Testament in particular?

No doubt we would agree with Abraham Lincoln, who said, “If slavery is not wrong, nothing is wrong.”

Yet the New Testament does not directly condemn Christian slave owners. At the same time, biblical teaching has done much throughout the centuries to end slavery in the world. How does the New Testament deal with the practice in the first century and what are the implications showing it is wrong today?

First of all, Jesus taught that the second greatest commandment is to love our neighbour as our self, lesser only than the command to love God with all our heart, soul, and mind (Mt. 22:34–40). In the parable of the Good Samaritan (Lk. 10:25–37), told by Jesus in direct response to the question about the identity of one’s neighbour, Jesus clearly taught that our neighbour is anyone we have the opportunity to help. None of us would personally want to lose our freedom and be a slave. How then could a person be a slaveholder and fulfill the command to love his slave as he loves himself?

In another way the Bible makes it clear that it is not God’s intent that there be slaveholding by any in the kingdom: Paul wrote, “…in Christ Jesus you are all sons of God…. There is neither Jew nor Greek, there is neither slave nor free, there is no male and female, for you are all one in Christ Jesus” (Gal. 3:26–28). Given their prevalence in the Roman world, slaves undoubtedly made up a significant percentage of Christians. Paul’s words meant that these slaves should be treated every bit as well as freedmen. But it is also implied that the very existence of slaves and slave masters is short of the ideal.

Thus, by both command and principle, the Bible condemns slavery. But sometimes it is difficult, for varying reasons, to turn the ideal into reality. Sometimes even God has shown great patience, or at least forbearance, in establishing the ideal. After Jesus affirmed the permanency of marriage, some asked him why Moses allowed divorce, he said, “Because of your hardness of heart Moses allowed you to divorce your wives, but from the beginning it was not so (Mt. 19:3–9). Moses, speaking as God’s prophet and lawgiver, allowed something less than the ideal.

There is a similarity in Paul’ teaching to the Corinthians about marriage and divorce. After referring to the Lord’s command not to separate from one’s spouse, Paul says that if a person does, “she should remain unmarried or else be reconciled to her husband” (1 Cor. 7:10–11). Paul cites the ideal but then, knowing that some would separate, gives the next best thing to do under the circumstances.

Earlier, in the same letter, Paul rebukes Christians for lawsuits in civil courts headed by unbelievers. The ideal is not to have such differences at all, for it would be better to suffer wrong or be defrauded. But short of the ideal, they should seek the help of some wise fellow Christian to reach a settlement rather than taking their disputes before unbelievers (1 Cor. 6:1-8). Sometimes there is a difference between the ideal and what is practicable under the circumstances.

All this can help us better understand the approach in the New Testament to the practice of slavery. In the Roman world slavery was both widespread and systemic. While it is impossible to know exactly how many slaves there were in the Roman Empire, it is estimated that as much as 30 percent of the populace was enslaved, some by birth, some by capture in war, some sold into slavery because of debt, and some for other reasons. Much of the economy was based on slavery, and it would have been nearly impossible to live in the empire and not to have at least indirectly abetted the practice of slavery. Christians were not in a position then to successfully oppose it, for they were a new religious group with relatively few members with influence in their own communities, to say nothing of their influence in the empire as a whole. As Paul said about the Corinthian Christians, “…not many of you were wise according to worldly standards, not many of you were powerful, not many were of noble birth” (1 Cor. 1:26).

What could Christians do under the circumstances?

First, they could recognize that their relation to Christ was more important than whether they were slave or free. Paul wrote, “Were you a bondservant when called? Do not be concerned about it. (But if you can gain your freedom, avail yourself of the opportunity.) For he who was called in the Lord as a bondservant is a freedman of the Lord. Likewise he who was free when called is a bondservant of Christ. You were bought with a price; do not become bondservants of men” (1 Cor. 7:21-23).

Secondly, there were things Christians could do to ameliorate the conditions of slavery. Paul took this approach when he addressed Christian masters, telling them not to threaten (Eph. 6:9) but to treat their slaves justly and fairly, knowing that they have a Master in heaven (Col. 4:1).

Next, Christians were reminded that their primary opportunity and responsibility was to see that what was right was done in the church, regardless of what the world around them did. When Paul wrote to the Corinthian Christians about disassociating themselves from those who were sexually immoral, or greedy, or swindlers, or idolaters, he said that he had in mind fellow Christians, not people of the world, “for what have I to do with judging outsiders? Is it not those inside the church whom you are to judge? God judges those outside” (1 Cor. 5:9–12).

Finally, and this brings us back to the short letter to Philemon, where the latter was urged to attain to the ideal, not merely in response to a command, but for the best reason – from the heart. Paul was writing in behalf of a runaway slave named Onesimus (a name that means “useful”) who had apparently come into contact with the apostle while he was in prison and was converted by Paul. Paul would have liked keeping Onesimus with him to serve him in prison. Sending him back was like “sending my very heart” (12), but it was the right thing to do.

Paul said that he could have commanded Philemon to do “what is required” (a reference to giving Onesimus his freedom), but that he preferred making an appeal to Philemon (8-9). He wanted Philemon to do what was right not “by compulsion but of your own accord” (14). That Paul had the emancipation of Onesimus in mind is evidenced by his hope that Philemon would take Onesimus back, “no longer as a bondservant, but more than a bondservant, as a beloved brother…both in the flesh and in the Lord” (14–16).

What Paul asked for was the ideal. And he wanted Philemon not only to do the right thing but to do it for the right reason. Doing the right thing for the right reason is a very important lesson from the letter. But, as we have also tried to show, it is a letter that helps us in our interpretation of the New Testament. As people who historically have wanted to restore New Testament Christianity, we have sought to discover the ideal and to the extent possible to put this into practice. But the New Testament also speaks to problems sometimes encountered then in attaining the ideal and how they faced up to this difficulty by doing the best they could under the circumstances.

PrevPreviousPhilemon, the Letter
NextIntroducing Philemon to His Brother Onesimus through a Letter of Appeal Framed by God’s Grace in the Power of the GospelNext