Leadership in Congregations without Elders 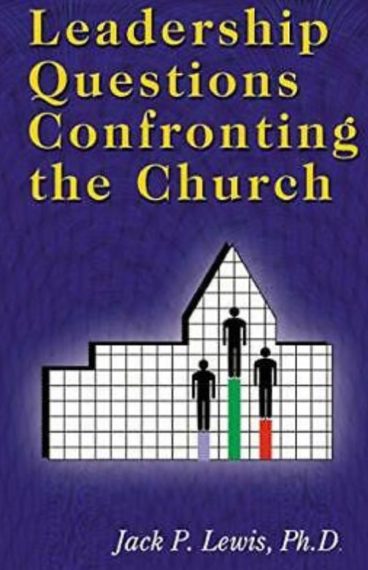 Last month’s editorial highlighted certain aspects of spiritual leadership in the church which God has designed for us to put into place. The scriptures assume that men will aspire to fill these roles and do so by achieving the spiritual milestones pertaining to each. The possibility that congregations might function for years without this kind of leadership is not directly addressed within scripture.

When a congregation has no elders nor qualified candidates, how is it to govern itself? How for example might it honour what the New Testament says about spiritual leadership and still attend in a responsible way to decisions which while they do not pertain to ‘spiritual’ things, nevertheless affect the whole congregation? This question is hard to answer since it is hard to find leaderless churches in the New Testament nor is explicit provision made for such.

At the end of their first missionary journey, Paul and Barnabas appointed elders in all of the churches that they had recently planted in Asia Minor. This appears to have been an urgent matter and attended to at the earliest possible opportunity. Later in Paul’s ministry, he sent Timothy and Titus to work in Asia Minor and in Crete, to “appoint elders in every city”. (Tit 1:5). Biblical church organization and governance was a matter of first importance. Thus we have standards and guidelines establishing the rule – but nothing beyond that for exceptions to the rule. It is certainly not God’s will that congregations remain without Biblically appointed leaders and therefore a reasonable conclusion that it is incumbent upon the men in each congregation to mature in Christ.

But what about that time-period in between?

A survey done by the Gospel Herald publication in 2011 of churches of Christ in Canada found that only a small percentage of congregations in Canada had elders. So the question that we are raising is not hypothetical. The ‘exception’ has become the ‘norm’ and when met with complacency, is accepted as the new-normal. In the Bible this was considered temporary and associated with new church-plants. But the church was not to remain without Biblically appointed leaders.

It is noteworthy that the ministry of Timothy and Titus in many cases preceded the appointment of elders, thus they themselves acted as leaders in the interim. As you will observe in our editorial, many of the teaching, rebuking and correcting functions of elders were being done by these evangelists. So a short answer to the question of ‘spiritual leadership’ might be, that these responsibilities fall to evangelists who also seek to identify and develop those who one day may become elders. This has been our history in Canada and especially when new congregations have been planted.

Last month’s editorial pointed to the continuity between male headship and spiritual leadership in the home and what happens when the church gathers for worship. As a collection of families, it is the men who lead in prayer and worship, who teach and proclaim God’s word in the assembly. And it seems to me that when decisions are to be made that are spiritual in nature, that men ought also to lead. And of course, any and all decisions with respect to doctrine and practice must be drawn from a proper handling of God’s word. No congregation is at liberty to decide such matters apart from Biblical authority.

The question that this article is trying to address is – in the absence of Biblically appointed elders and deacons, how might a congregation wishing to honour God’s design for the church, go about conducting its ‘other business’? Does male ‘spiritual leadership’ imply that all decisions made on behalf of a congregation ought to be made by the men? If not, what decisions fall into the non-spiritual category?

We might also observe that as managers and stewards, elders may of necessity spend time – perhaps too much – on non-spiritual things which may in turn take time away from teaching and shepherding. Even when elders are present, their leadership ‘style’ with respect to oversight might certainly include and benefit from a fair degree of delegation as the apostles did in Acts 6.

The New Testament does not seem to anticipate and certainly makes no explicit provision for congregations to remain in a semi-permanent ‘holding pattern’ of functioning without elders and deacons. Yet this is our reality in Canada. In the absence of Biblically appointed leaders, it has become our practice to shift decision-making to the majority view of a ‘men’s business meeting’. In congregations without elders, this practice appears to be an attempt to honour the Biblical principle of male spiritual leadership by creating a ‘stop-gap’ measure which as we observed earlier has become somewhat permanent.

On matters such as this one, and when there is no explicit command, example or necessary inferences, we are left to rely upon Biblical principles. Even when we are totally committed to following the New Testament’s pattern with respect to doctrinal teaching, instructions for worship, congregational organization and personal moral conduct, we can find no pattern in the New Testament directly suporting the formation of a ‘men’s business meeting’ to take up certain oversight functions in the absence of elders.

Were we to argue that this (men’s business meetings) is the only way that congregational decisions can be arrived at, then we will have created an ‘innovation within the church. The most that we might say is that it is one way of doing so, but not the only one. A men’s business meeting and those who take leadership of it may in fact function as a pseudo-eldership which, in time, might even resist the appointment of Biblically qualified leaders. In the meantime, the voices of those least mature may be heeded while more mature and carefully considered views are set aside. If the only criteria for the decision-makers of the church is gender then we open the door for sometimes dominant and unspiritual men to ‘rule’ in the church

This of course is not the original intent. But it is not an uncommon outcome when those who do not qualify to lead as elders or serve as deacons assume leadership through the creation of a decision-making body within the church that is not found in scripture.

What we do have precedent for in scripture are decisions made by entire congregations and made on the behalf of all. The apostles set out the criteria for the seven men who would lead in benevolence in Acts 6 and the whole church selected them. The question of who would serve was resolved within the parameters set out by the apostles, but the discretionary portion of that decision was made by the whole church. So we have an example of a discretionary decision made by a congregation within the boundaries of God’s will.

So while ‘men’s business meetings’ are one way of coming to ‘congregational decisions’, there are others that are worthy of consideration. And of course, any stop-gap measure falls short of what God has in mind for the church and runs the risk of replacing God-approved leadership by establishing it’s own tradition.

As most of us know, group decisions are hard to arrive at. Our democratic model involving public discourse and ‘rule by the majority’ often results in a dissenting minority. ‘Money talks’ and those who have it tend to get their way. Outspoken and assertive personalities tend to dominate and silence those less inclined and intimidated by group discussion. And all of this is further complicated by our comfort with democratic principles in a church that is organized by our Lord as a kingdom and not a democracy. All of these factors cause us to favour some form of leadership able to streamline decisions and minimize dissent.

But, how to choose?

What principle or principles might guide us as a congregation seeking to do God’s will while operating for a time without Biblically appointed leaders? We are asking this question relative to making decisions about ‘non-spiritual’ aspects of congregational life…the ‘business’ part of ‘men’s business meetings’.

A guiding principle that we do find in the New Testament is that churches acted ‘with one accord’. As Jack Lewis points out in his work ‘Leadership Questions Confronting the Church’, “when congregations had a problem, they solved it by arrived at ‘one accord’” (p76). When major decisions needed to be made, the whole congregation was present while they were decided, albeit led by the apostles (Acts 1:14, 2:1-47, 4:24, 32, 5:12). This enabled an outcome with which the whole congregation agreed and could act upon with unity (Acts 15:25)

The New Testament repeatedly urges congregations to be united in mind (Phil 1:27, 2:2, 1 Pet 3:8) in order to act with one accord. Just exactly how they were to arrive at that point was left to the leaders who the scriptures assume to be present and functioning. After all, leaders cannot lead if the congregation refuses to follow. Thus the elders are instructed to set an example and to refrain from domineering over the flock (1 Pet 5:2). These two goals then applied first and foremost to congregations who had a Biblically appointed leadership.

Congregations without Biblically appointed leaders are nevertheless commanded to act with ‘one mind’ or with ‘one accord’ while remaining obedient to N.T. doctrines and practices. How that is accomplished is a matter of judgment. A congregation might for example agree to follow the leadership of men who in most respects qualify to serve as elders but for personal reasons are prevented from doing so. They might also gather to make group decisions and do so under the guidance of the kind of a man that the apostle Paul envisions ‘settling disputes’ between brethren in 1 Cor 6:5. Arriving at decisions and ‘getting things done’ may become a slower process so that the church can arrive at ‘one mind’ and act with ‘one accord’. But this is not a reason for failing to work toward unity. In my judgment it is consistent for a man or the men who provide spiritual leadership in a congregation – to moderate or to bring order to congregational meetings. But this is quite different than setting up a ‘men’s business meeting’ where the will of the majority of men serves as a substitute for Biblically appointed leadership.

Acting with one accord requires each individual Christian to obey the apostles’ command against being ‘contentious’ (Rom 2:8, 1 Cor 11:16, Tit. 3:10), or quarrelsome (2 Tim 2:24). When each member regards others as ‘better than themselves’ (Phil. 2:3) and is reasonable and peaceable (James 3:17), unity is facilitated and the work of the church is enabled.

Apart then from spiritual leadership and regarding matters of discretion, the principles of being united in mind and acting with one accord ought to carry the greatest possible weight. The further principle of not insisting upon one’s rights but acting for the benefit of a ‘weaker brother’ (I Cor 8:1ff) would keep a group from imposing a majority view upon the minority. Decisions arrived at in a unified way may take longer. But they also benefit from sober second thought, a deeper study of scripture and congregational prayer. Patience and mutual deference combined with dialogue and persuasion make for unity so that God’s people might work together

No temporary arrangement for congregational decision-making ought to be regarded as permanent. The danger that follows from establishing extra-Biblical governance arrangements is that they might be considered ‘good-enough’, suggesting that men need not mature and aspire to lead as God has appointed. But in the interim – while we are not there yet – perhaps a more unifying and inclusive process of group decision making in matters of discretion, would unify and engage members while increasing ownership of the decisions taken and responsibility to see them carried out.