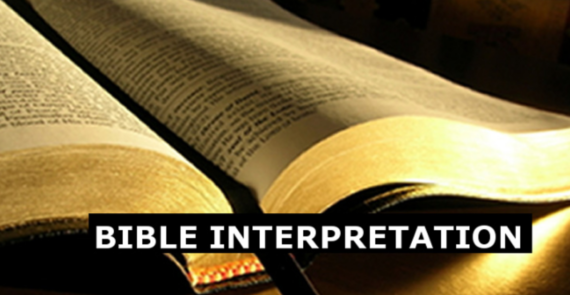 A look at Hebrews’ Use of the Old Testament Part 2

Michael Heiser somewhat humorously described this situation by saying, “John did not have your hermeneutics class.” (Heiser, 2021). Others have been more forthcoming, admitting that they have no idea what is going on.

Commenting on Matthew 2:15 John MacArthur suggests that types of this nature can only be identified by New Testament writers implying the need for inspiration (MacArthur, 1997). This is perhaps the most reasonable suggestion in light of two things.

D.A. Carson has surveyed some of the various attempts that have been made to devise a standard set of principals, or a hermeneutical approach that explains the practices of New Testament writers. Carson lays out several suggestions that have been made, which deserve mentioning in summary form (Resources, 2020):

From our summary of Carson’s survey we can see that many efforts at developing a unifying theory seem to fall short of providing a true hermeneutical framework (We say this, while we admit there is some insight to be gained from some of these approaches). Should we throw up our hands and surrender the interpretation of the Old Testament solely to inspired authors? Should we say, that unless we have a New Testament cross-reference, we are simply unable to understand any Old Testament passage? I would suggest that this is probably not going to be the best approach. For one, we should not discount the great insights that have been gained by using a grammatical-historical approach. While we can admit that it’s not the approach always used by the New Testament writers, it does ground our understanding of scripture soundly in historical reality. Furthermore, I would argue that a figurative approach often depends on a previously established grammatical-historical understanding to inform the figure. A grammatical-historical approach also brings us closer to the time and place of the author, helping to remove our bias and get closer to author’s intent.

Walter Kaiser argues, and I believe rightly, that we must first derive the authors meaning before we can make any application for today (Osborne, 2006). I do not think it is wise to forget this advice as we attempt to understand the use of a particular Old Testament passage in the New Testament.

The focus of this discussion is Hebrews. We can turn our attention there by considering some specific passages and their uses in the book. This may allow us to establish a consistent approach taken by the author. With this in mind, here is a brief list of the Old Testament references in Hebrews. Archer and Chirichigno identify 37 Old Testament References in Hebrews. These are outlined these in the following table:

It is beyond the scope of this article to examine each of these passages. However, the table is extremely helpful in identifying key references in the book. Some are used repeatedly, while others are part of a long discussion. If we add to the table, some consideration of the nature of the book, we can narrow our focus to specific texts that become central to the development of the author’s point.

The book does not follow the typical form of an epistle, but is more of an epistolary homily as it takes the form of a sermon (Pace, 2007, p. 15). The author himself labels the book a “word of exhortation” (Heb 13:22). In this case, much like other sermons, the speaker quotes a passage of scripture and then proceeds to make several points or arguments based on the passage previously quoted.

With these background matters in place, we can turn our attention to these passages and attempt to determine how and why the Hebrews author uses them to prove his arguments. The question that we want to address, is “how does the author use the Old Testament?”

Heiser, D. M. (2021, Apr 19). The New Testament Writers Did Not Use the Old Testament The way we do. Retrieved from YouTube: https://www.youtube.com/watch?v=yVeIY2uQp8g