Blessed in order to Bless 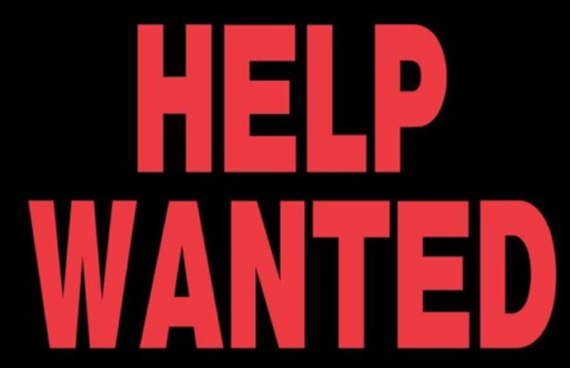 The third chapter of 2nd Thessalonians begins with more than just a simple request for prayer. It spells out very specifically that the church at Thessalonica should pray for the rapid spread of God’s word so that it might be glorified by receptive hearts and obedient believers. Having been flogged at Philippi and driven out of Thessalonica by a mob, Paul counselled them to also to pray for deliverance from evil people who lacking ‘the faith1’, served as agents of ‘the Evil One’. He did this with a sense that time was running out and knowing that opportunity delayed might soon be lost.

Paul was confident that God would say ‘yes’ to prayers ‘offered in faith’. So he assured the church at Thessalonica that while they pursued the interests of their Lord, they could depend upon Him to strengthen their faith and to protect them from Satan. It was clear to the church, that while Paul had been flogged and imprisoned (1 Thess 2:2), and was at that time banished from the city, that God continued to protect his faith and to strengthened him in the ‘inner man’. Paul assured them that God would do the same for them. He began with proactive things that the church at Thessalonica could do, to grow in faith and multiply opportunities for others to hear the gospel. And following up, he expressed confidence in them that they would fulfill this request as they have been keeping all of his other commands.

Having asked for their prayers, Paul’s offers a prayer for them – asking God to direct their hearts to respond with a full measure of His love and the patient endurance of Jesus Christ. In this way the church would be fortified in the face of persecution.

Paul recognized that Satan is often more effective at weakening the church from the inside than he is at attacking from the outside. This comes out in verses 6-13. In this section, the apostle rebukes those who were leading a ‘disorderly’ (ἀτάκτως) life. This adverb suggests some combination of irresponsibility along with elements of idleness – leading to disorder.

Paul calls out and rebukes the disorderly life of those who were refusing to work and had come to depend on the industry and generosity of others. They were a burden and not a blessing. They have nothing to give, and ‘eat the bread of idleness’. Having ‘time on their hands’, they were meddling in the affairs of others. Whether or not that included ‘tale-bearing’, it certainly suggests intrusion into the lives of others in an unwanted way and a destructive manner.

The apostle Paul himself had always worked for a living. He went out of his way to set an example, even forfeiting the right to be supported by those whom he served. (I Cor 9:8-10) Most of the time he was a self-supported missionary, accepting only sporadic gifts from churches that he had formerly planted. (2nd Cor 11:8, Phil 4:17-18). He did this so that no one might accuse him of ‘preaching for money’. He reminded the church, that night and day he worked for his own bread, imposing this discipline upon himself for the sake of others. This work ethic became a command for others and was summed up by the phrase: “If anyone is not willing to work, then he is not to eat”. It was hard medicine for those doing less and less while expecting to be paid more and more.

When entitlement is encouraged and especially when funded by the public purse, it often produces the ‘disorderly’ life of which Paul warned. His words – which were and are in fact the words of Jesus – are dissonant in the modern ear, calling us back to God’s ethic of purposeful productivity. Even in Eden there was work to do…how much more so today.

The thing that is easy to miss is just how of a threat, the disorderly life was and is to individual godly living and to the spiritual health of the church. We get a hint though, when Paul wrote:

“Now we command you, brothers and sisters, in the name of our Lord Jesus Christ, that you keep away from every brother or sister who leads a disorderly life and not one in accordance with the tradition2 which you received from us. (2nd Thess 3:6)

The withdrawal that Paul commands, appears to be individual rather than corporate. All the same, it was still severe. Each member was to express their disapproval of disorderly living by breaking off their association with those doing it and by holding them at arms-length. And while they were still to consider that one as ‘a brother/sister’ (vs 15), it served notice that they were moving away from Christ and Christian living.

Faced with this problem, each member of the church had a responsibility. Those who were faithful were to remain so. They were commanded to admonish the disorderly , encouraging repentance within a strained relationship. God wanted that strain in human relationships to put push those living in this disorderly way, back toward Himself.

Ultimately, it was up to the disorderly to repent. Others could not do it for them. Paul commanded them to go back to work and to get their noses out of other people’s business. Work and productivity have a way of bringing order and discipline to life. They leave little time for meddling and shift attention and energy back toward one’s own affairs. Providing for ‘one’s own’ and having a surplus to sharing with the needy is what God wants for his people.

The apostle Paul knew that God’s reputation was at stake along with that of His church. A Christian ‘work ethic’ retains a place of honour for God’s people, allowing us to be a blessing and not a burden.

Someone once said that ‘that person is so heavenly minded that they are no earthly good’. While conceding some nuance of truth in that statement, it is more accurate to say that ‘unless a person is heavenly minded, they will ultimately accomplish no earthly good’. God does not call for a choice between these. It is those who love God, who pursue the progress of the gospel, who embody the patience of Jesus and who remain faithful who also contribute to society as a blessing and never a burden.

1‘The faith’ is used throughout the writings of Paul and other N.T. writings to refer to a comprehensive common body of beliefs and practices distinctive of the church. It was no larger or smaller than the totality of N.T. teachings which Paul referred to in Acts 20:27 as the ‘whole counsel of God’, or by Jude as ‘the faith delivered once for all to the saints’ (Jude 3).

2Tradition: (παράδοσις) this is a reference to something ‘handed down’ from one to another. If it did not originate with you, but was received by you, it was a tradition. For Paul, the question was, ‘with whom did it originate’. Paul’s teachings and instructions were ‘traditions’ which he claimed originated with God and not men. (1st Thess 2:13, 2nd Thess 2:15)