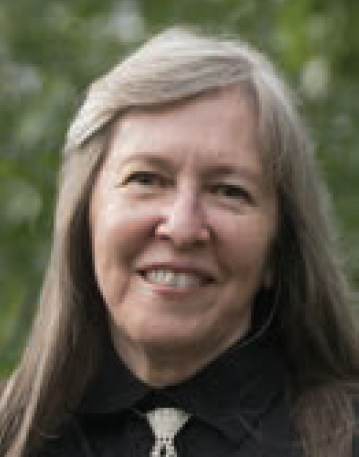 An old spiritual asks, “Were you there when they crucified my Lord?” It is a rhetorical question. As it was not composed until centuries after the crucifixion, it is not possible for anyone hearing the song to actually have been present, but it is not posed in order to gather information but rather to cause the listener to seriously consider the importance of that event.

So, who was there when our Lord was crucified? There were many. There were gawkers and mockers, Roman soldiers and at least one of the disciples along with ‘the women’. Yes, the women. The gospel writers give us varying details of crucifixion events yet all four include the fact that women were present at the cross.

It is interesting to note that it is only the women who are mentioned by name. Luke is the only writer who does not include names in his account but merely states that the women who had followed Jesus from Galilee were there. He does, however, give us the names of some of those women in chapter 8 and also the names of some who went to the tomb on the first day of the week, which, with one exception, the other writers indicate were at the cross. Who were these women? Let’s take a look.

Mary the mother of Jesus:

Only John notes the presence of Jesus’ mother at the scene of His death and he records Jesus’ last words to her. (John 19:25, 26) What a roller coaster of emotions Mary must have experienced during the three years of her son’s public ministry. Confident of His abilities, she had nudged Him into performing His first miracle at a wedding feast in Cana and he did not disappoint her. (John 2:1-11) Later, when Jesus’ popularity was such that He wasn’t even able to eat because of the crowds, Mary and her other sons went to take Him away because they thought He was out of His mind. She must have been surprised and probably somewhat hurt by His less than welcoming response to being told that she wanted to see Him. (Mark 3:20, 21 & 31-35) If that incident caused Mary to question Jesus’ affection for her, such doubts must surely have been laid to rest at the cross when, despite His pain, He made arrangements for her future care. (John 19:26, 27) As Mary stood near the cross helplessly watching the unjust torture of her firstborn, did she realize that the anguish which filled her was the fulfillment of the prophecy Simeon had made thirty-three years earlier? (Luke 2:35) Perhaps.

The earliest mention of Mary Magdalene is in Luke 8:2 where she heads his list of women who were cured by Jesus and who travelled with Him helping to support Him and His disciples. In that passage Luke also informed us that seven evil spirits had come out of Mary. She is the only person other than the man possessed by Legion (Luke 8:26-39) who is described as having multiple demons. Considering what Legion did to that man, we can only imagine what devastation seven demons caused in Mary’s life. It is not surprising then, to find her so devoted to the One who freed her from such torment and how heartbreaking it must have been for her to stand there and see Him suffer.

Mark is the only writer who included Salome but by comparing his list with the others, many conclude that she was the mother of Zebedee’s sons (from Matthew) and the sister of Jesus’ mother (from John). If that supposition is correct, we were introduced to Salome before the crucifixion. Matthew, in his gospel account, described an incident in which Mrs. Zebedee and her two sons, James and John, approached Jesus with a special request. (20:20-23) Travelling, as she apparently did, with the Galilean women who followed Jesus, she had undoubtedly noticed that her sons, along with their fishing partner Peter, were privileged to share with Jesus some experiences that the other nine were not privy to. Perhaps this is why she was emboldened to seek high positions for her sons in Jesus’ kingdom. Her request was denied. Instead of the honour she had hoped to gain for her sons what resulted instead was ill feelings toward them among the other apostles. Yet this disappointment and the rebuff she had received from Jesus did not dampen her devotion to Him. Salome stayed near Him to the bitter end and was blessed to be among the first to discover the empty tomb. (Mark 16:1-6)

This Mary is identified in the gospels as being the mother of James and Joses. She may also be the woman John referred to as the wife of Clopas but, as Mary was a common name at the time, this is uncertain. Other than the names of her sons and possibly her husband, we know nothing about her. If she was in fact the wife of Clopas, then three of the four gospel writers place her at the cross (Matthew, Mark and John) and at the tomb Resurrection morning (Matthew, Mark and Luke). Matthew and Mark also name her among those who watched Jesus’ burial take place so they would know where the tomb was located. (Matthew 27:6 and Mark 15:47) Mary was not a causal follower of Jesus. Her presence at these places show she was whole-heartedly devoted to the Lord.

Luke is the only writer who mentions Joanna and, as he does not give any names of the women he said were at the crucifixion, we cannot say with certainty that she was among them. However, it is fairly safe to assume that she was considering she is included in Luke’s list in chapter 8:2, 3 along with the other Galilean women who travelled with Jesus and the Twelve. She is also one he named as having gone to the tomb and then to the apostles with the news of Jesus’ resurrection. (24:1-10) When Luke introduced Joanna in chapter 8, he identified her as the wife of Cuza (Chuza in some translations), the manager of Herod’s household. One could call him the palace CEO. Married to a man holding such an office, Joanna would have been a woman of means and high social standing. And yet, during this important Jewish feast time, she was not hobnobbing with the rich and famous but on a hill outside Jerusalem where the lowly itinerant teacher she had followed from Galilee was being executed. How helpless she must have felt! She had helped to finance His work but, despite her wealth and position, could do nothing to prevent the death of this man to whom she was truly devoted.

These women could answer “Yes” to the song’s question, “Were you there when they crucified my Lord?” They were there. It was not morbid curiosity or the desire to gloat and jeer which drew them to Calvary. No, they were there because they loved Jesus. They had followed Him in life and did not desert Him in death. We were not there. Time has prevented us from being able to physically follow Jesus, witness His death or to see the empty tomb. But we know that these things happened and why they happened and that should cause us to be just as devoted to the Lord as the women who were there – maybe even more so.