A Great Commandment: “You Shall Love Your Neighbour as Yourself” 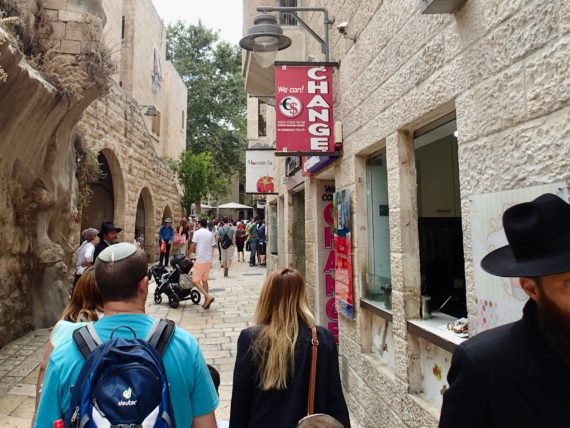 Often, when studying Leviticus, we are looking at laws that ended with the coming of the new covenant through Christ. We still need to study those laws. We need to understand the principles behind the law because those principles often shed light on other matters.

In Leviticus chapter 19 we come to one of the verses Jesus cites when asked about the greatest commandment (Matthew 22:39ff). So, unlike many passages in Leviticus, this is a commandment we are expected to obey.

But we cannot just say, “okay we have to obey this command.” We must first make sure that we understand the command. What is meant here by “love?” There is a lot of confusion about love. The word is used in so many ways. Some people use the word “love” when they really mean “lust.” Some speak of “loving” their favourite food. What is meant by love in this context? By allowing the context to illustrate love in action we should be able to see the meaning.

Love is seen in making it possible for the poor to help themselves. Verses nine and ten give instruction on how to help the poor:

“When you reap the harvest of your land, you shall not reap your field right up to its edge, neither shall you gather the gleanings after your harvest. 10  And you shall not strip your vineyard bare, neither shall you gather the fallen grapes of your vineyard. You shall leave them for the poor and for the sojourner: I am the Lord your God.” (Leviticus 19:9–10)

It is not loving to leave the poor in hopeless poverty. But neither is it loving to do everything for them. Work is fundamental to being made in the image of God (Genesis 2:15). We should not take from people the responsibility to work. The instruction is not to just give away food to everyone who may be hungry, but to make it available to those who are capable of harvesting it.

This law recognizes that there are those made poor by circumstances. There are people who are willing to work but have just had unfortunate circumstances. On the other hand, there are those who are poor because of laziness (Proverbs 19:24). This law allowed the poor to maintain some self-respect while being helped. It also protected Israelite society from the danger of encouraging laziness by establishing a giveaway program.

Love is seen in paying quickly, especially to the needy. Verse 13 instructs, “You shall not oppress your neighbour or rob him. The wages of a hired worker shall not remain with you all night until the morning.”

It has been said that “Justice delayed is often justice denied.” This is the case if payment is delayed. A person may be counting on that money. It may be needed that very day. This law, as well as Proverbs 3:27–28, forbids the withholding of payment.1

Favour Neither Rich nor Poor

Love is seen in justice that favours neither the rich nor the poor. Verse 15 instructs, “You shall do no injustice in court. You shall not be partial to the poor or defer to the great, but in righteousness shall you judge your neighbour.”

In most places throughout history, the rich have been favoured over the poor. But in some places, efforts have been made to reverse this. Occasionally, prejudice may be shown against the rich. That also is wrong. A person is not wrong because he is rich anymore than a person is wrong because he is poor. Abraham and Job were both rich men who were righteous. “The rich and the poor meet together; the Lord is the maker of them all” (Proverbs 22:2). Favouritism in court is always unloving. In the long run, it even harms the person that it pretends to help. Breaking down the principle of justice, because we do not like a person (for being rich or for being poor) is bad for the society and hurts everyone eventually.

Love is seen in avoiding slander. In verse 16 we are told, “You shall not go around as a slanderer among your people, and you shall not stand up against the life of your neighbour: I am the Lord.” Christians should not slander anyone.

We may disagree with our rulers, but we should not repeat idle rumours we hear about them. Instead, we should try to show honour to rulers. The kings and emperors of the first century were often poor rulers. But the early Christians were told to honour them (1 Peter 2:17). Our disagreement with them will be strengthened if we disagree only on those occasions when we must. If we honour them as much as possible, whatever words of criticism we must occasionally speak will be respected. But if we are given to repeating slander, we will lose what little influence we might have had.

We might at times have reason to distrust our neighbours. But we should not speak ill of them needlessly or attribute wrongs that we are not sure they have done. Being distrustful of someone does not justify repeating rumours or otherwise harming the person’s reputation. In a comment on Psalm 15,2 The Africa Bible Commentary, states, “In the Israelite community a person’s reputation was very important. The righteous do not damage anyone else’s reputation by false testimony.”3 It is sad that so many, who would not think of damaging their neighbour’s property, will destroy the reputation of their neighbour.

Leviticus 19 also shows us that love is seen in correcting those who are thinking or doing wrong. Verse 17 states, “You shall not hate your brother in your heart, but you shall reason frankly with your neighbour, lest you incur sin because of him.” We are not to just let people do as they please, we are to “reason frankly” with them. The NIV puts it even more strongly, saying “Rebuke your neighbour frankly.”

I struggled to learn in primary school. Some teachers just passed me on through without really teaching me. Finally, in grade four, we had a teacher who took the time to understand my problem. He made a plan for how I could begin to learn. It was not an easy plan. He talked with my parents, and they agreed to the plan. Which of my teachers was loving, the ones who just let me go on or the one who showed me the way to learn?

It is not unloving to correct someone who is going wrong. The unloving one is the one who is not brave enough to correct the erring. Proverb 13:24 tells us, “Whoever spares the rod hates his son, but he who loves him is diligent to discipline him.” It is not loving to let our neighbour go on in sin. The loving thing to do is to strive to correct our neighbour.

We should also note that love is seen in not taking personal vengeance or holding a grudge. Verse 18 begins, “You shall not take vengeance or bear a grudge against the sons of your own people.” It then goes on to say, “but you shall love your neighbour as yourself.” Once wrong has been admitted and repented of, do not hold on to resentment. If you cannot literally forget it, at least do not bring it up again.

This is how our Lord would have us treat others (Matthew 7:12). This is how he has dealt with us. He helps us, but still leaves us with tasks to do. He shows favouritism to no one. He does not desire that we go on in sin, so he warns us of the consequences. He corrects us. He does not hold a grudge but forgives if we admit and repent of our sin. This is how we should treat others. This is true love for our neighbour.

1 Proverbs 3:27-28 “Do not withhold good from those to whom it is due, when it is in your power to do it.  Do not say to your neighbour, ‘Go, and come again, tomorrow I will give it’—when you have it with you.”

2 Psalm 15:2-3 “He who walks blamelessly and does what is right and speaks truth in his heart; who does not slander with his tongue and does no evil to his neighbour, nor takes up a reproach against his friend;”