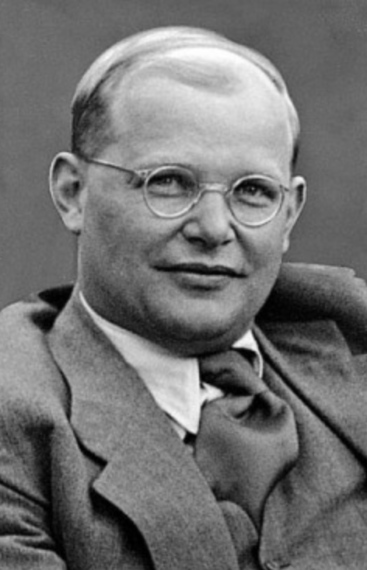 About thirty years ago a co-worker complained that he did not understand why anyone would hold up Dietrich Bonhoeffer as a good example or refer to him as a martyr. “The man was a screaming liberal,” he said. I am not sure what screaming had to do with it, but no doubt Bonhoeffer’s view of scripture was not what I understand to be required by the scriptures themselves. We are not talking about liberal politics here. My co-worker was suggesting that Bonhoeffer did not really believe in the inspiration of scripture, and he was probably correct in that accusation.

But I had read The Cost of Discipleship and saw no reason why I should not quote some of its profound statements. Quoting a true statement does not imply that we agree with the person being quoted on every point. I also saw no reason why I should not read other things that Bonhoeffer had written. So, in the spring of 1998 I purchased and read a copy of Life Together. I marked a few passages that I thought would be worth revisiting and set the book aside.

Frustrated that I could not do what I had planned to do one morning recently, I picked that book up again and began to reread the passages that I had marked twenty-three years ago. As I did so I was struck by a strange paradox.

On page 51 of Life Together Bonhoeffer, who perhaps did not believe in the inspiration of scripture, expresses the opinion that every Christian family should read together at least a full chapter of the Old Testament and at least half a chapter of the New Testament every day (in addition to praying together and singing some hymns). He makes it clear that church leaders should, of course, be doing more than this.

I could not help but think, “Here is a person with what might be called a ‘low’ view of scripture insisting that Christians ought to read a significant amount of scripture every day. Yet many who claim to hold firmly to a ‘high’ view of inspiration do not read that much in a week.” It occurred to me that, if a person’s or a church’s view of scripture were judged by actions rather than claims, a lot of individuals and churches that claim to believe in inspiration might be judged to not really believe.

That thought led to another.

Do we worship and preach like we believe it?

I have often been in Sunday services that were almost devoid of scripture. Some had no scripture reading at all, others had only a very brief reading. What does this indicate about our view of scripture?

I have often heard sermons (and perhaps preached a few) where a text was read but was then ignored. Just a few days ago a brother mentioned hearing a sermon that began with a reading from scripture but then proceeded for more than thirty minutes on a topic not even mentioned in the text that had just been read. What does this indicate about our view of scripture?

I have heard many sermons that jumped from text to text to text, making a pretext of all, ignoring the context and pretending that the passages cited proved something that was not even being considered by the inspired writer.

The scriptures themselves effectively answer these questions.

“God says: “What right have you to recite my statutes or take my covenant on your lips? For you hate discipline, and you cast my words behind you” (Psalm 50:16-17).

If there are any preachers reading this, let me have a word with you.

Do you ever ask yourself, “Might I be part of the reason my congregation does not honour the scriptures as they should? Is it possible that my use of scripture leads people away from the scriptures? If I do catch-word preaching, that uses the scripture as a jumping off point from which to speak on a subject not actually covered in my text, will this not lead to the misuse of scripture by the ordinary member?” Consider these words from David Murray’s book How Sermons Work.

PrevPreviousThoughts Before a Funeral
NextThe Sermon On The Mount – Part IINext