What Can Christians Learn from Tithing? 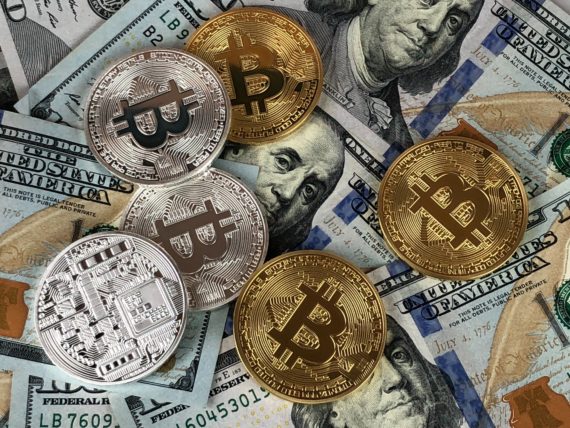 Lately I have given more thought to two biblical ordinances that in our own tradition have been largely dismissed as relics of Judaism – tithing and the Sabbath. To be sure, they were important ordinances under the Mosaic law, but both antedate that law and they both involve underlying principles that can be very instructive to Christians. This article is concerned with the first, and an intended article will deal with the second. By way of definition, tithing is giving away ten percent of one’s income for God’s causes and not some lesser amount that some identify as their tithe.

Prior to Moses and the law that God gave to Israel through him, tithing is mentioned twice in Scripture. The first is in Genesis 14:18-20, when Abraham, after helping win a war and rescuing his nephew Lot, gave Melchizedek, “priest of God Most High,” a tenth of everything (apparently the spoils of war). The text implies that he did this in response to the blessing from God that Melchizedek pronounced upon him.

The other reference to tithing, prior to Moses’ law, is in Genesis 28:20-22. When Jacob was on his journey to find a wife among his mother’s extended family, he camped one night at Bethel, and God in a dream reiterated his earlier promise to Jacob’s grandfather of the land of Canaan and through him a blessing to all the families of the earth. He also promised Jacob safety on his journey as well as a safe return. Jacob’s response seems transactional and self-serving: “If God” does these things, “then the Lord shall be my God . . . and of all that you give me I will gave a full tenth to you” (28:20-22). But perhaps we should understand Jacob promising that since God was doing this that Jacob would give him a full tenth.

Although we have but these two examples of tithing during that early period, some think these cases are indicative of a widespread practice of tithing (giving God a tenth). One of the reasons for this would seem to be a grateful and significant response to God for his much greater blessings.

When we turn to the law of Moses, that which earlier was an implied response to God becomes explicit: “Every tithe of the land, whether of the seed of the land or of the fruit of the trees, is the Lord’s; it is holy to the Lord. . . . And every tithe of herds and flocks, every tenth animal of all that pass under the herdsman’s staff shall be holy to the Lord” (Leviticus 27:30-32).

Tithes in Israel were given to the Levites for serving in the tabernacle (Numbers 18:21-24), and the Levites in turn were to give a “tithe of the tithe” to Aaron the priest (18:25-30). Tithes were taken to Jerusalem every first and second year, but in the third year they were retained in their various towns and shared with Levites, sojourners, the fatherless, and widows in each town so that they could eat and be filled (Deuteronomy 14:28-29).

In addition to the prescribed tithe, there were various other offerings that Israelites at times made to God, including some that were called “freewill offerings,” made voluntarily in addition to what was prescribed, so the tithe was only a portion of what they gave. According to the prophet Malachi, it was robbing God not to give the full statutory tithes and contributions since they actually belonged to God (Malachi 3:6-12).

Jesus had little to say about tithes but much otherwise about the use of money. About tithes he condemned abuses. He criticized those under Moses’ law who were careful to tithe small things (like mint, dill, and cumin) but then neglected virtues that were much more important (like justice, mercy and faithfulness) . Their fault was not their scrupulous tithing (“these you ought to have done”) but their neglect of what was far more important (Matthew 23:23). In a parable he rebuked those who were self-righteous, trusting in good deeds like fasting and tithing (Luke 18:10-12). He very likely had tithes partly in mind when he condemned those who failed to help their father and mother because what they would have given them was “Corban” (a word meaning sacrifice), which is explained by Mark as something “given to God” (Mark 7:9-13).

Tithing is not mentioned in the New Testament as a command for Christians to practice. Despite this, many churches and church leaders have urged tithing on the church by their members – assuming that this is a command of God and also assuming that all that the members tithe is for the church. There are many good causes that Christians may want to support, including some that are obligatory. A biblical example of this is the instruction to believing women who have relatives that are widows: “Let her care for them” rather than letting the church be burdened (1 Timothy 5:16).

Now that we have surveyed biblical teaching about the tithing prescribed for the Israelites we need to answer the question raised in the title to this article, “What Can Christians Learn from Tithing?” At the head of the list is the realization that what we give is the Lord’s and is holy. The root idea of holiness is separation, and the Israelites were taught that the tithe, as holy, was set apart for the Lord and belongs to him. As Malachi said, not to give it was robbing God of what was rightfully his. While Christians have not been told an exact amount to give, they are to give something of what God has given to them, and it is important to realize that what they have decided to give is holy and in a special way belongs to him. They are told that this is part of their worship and that they should not neglect to “do good and to share what you have, for such sacrifices are pleasing to God” (Hebrews 13:15-16).

We can also learn from what each Israelite was commanded to give that it was a significant amount of what he had. Although our giving is free will (“as one has decided in his heart”) and should not be done reluctantly, for “God loves a cheerful giver” (2 Corinthians 9:6-7), it should, in its totality, represent a significant part of what we have. We need to realize the principle that “whoever sows sparingly will also reap sparingly, and whoever sows bountifully will also reap bountifully.” If we really believe this we will decide accordingly (9:6-7). This is not a “prosperity gospel,” like some preach today, for the promise is not that God will make us rich if we give generously, but that we will be enabled to be generous in meeting still more needs in the future (9:10-11).

Another important lesson is that, while the tithe made giving proportional to what each person had, it did not limit giving to that amount. Similarly, when Paul asked Christians to give, he said that “it is acceptable according to what a person has, not according to what he does not have” (2 Corinthians 8:12-15). He also commended those who despite poverty gave beyond their means, of their own accord, because “they gave themselves first to the Lord and then by the will of God to us” (2 Corinthians 8:1-5). Sometimes a need is so great that some will give more than any of us would ask of them. In the early days of the Jerusalem church, some, like Barnabas, sold lands and houses to help those in need (Acts 4:34-37).

Another important lesson from the tithe under Moses’ law is that much of it provided for the poor, like the fatherless and widows, those leading in the Lord’s work, like the Levites, and those who were immigrants or refugees (Deuteronomy 14:28-29). References to Christian giving in Acts and the letters, say more about giving for this reason than for any other. Concern for the poor and support for those giving much of their time to doing the Lord’s work should motivate much of our giving.

Finally, though tithing is not commanded as such for Christians, it has helped many, especially early in their Christian lives, to learn how to give. Very early it seemed reasonable to me that if God wanted the Israelites to give a tenth, surely even more would be appropriate for a Christian, living under a much more glorious covenant. For many this can be a beginning step until they learn more fully the joy of generosity and what Jesus meant when he said, “It is more blessed to give than to receive” (Acts 20:35). Paul ended his discourse on giving in 2 Corinthians and the blessings of generosity by exclaiming, in 9:35, “Thanks be to God for his inexpressible gift!”

(All Bible quotations are from the English Standard Version.)