The Preservation of the Gospel 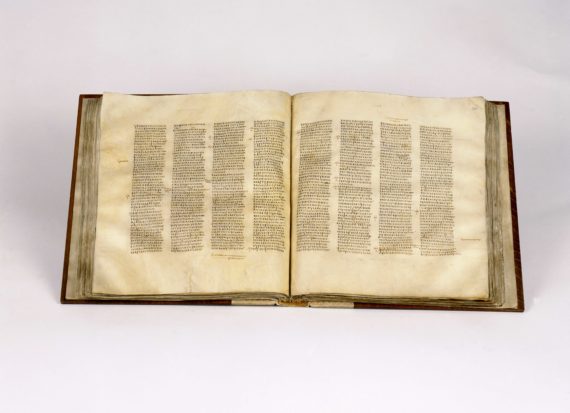 Among scholars who accept Pauline authorship of 2 Timothy, the consensus is that it is the last of Paul’s surviving letters. Knight, for example, places 1 Timothy and Titus not later than 63 and 2 Timothy somewhere between 64 and 67 (New International Greek Testament Commentary, Pastorals, p. 54). Whether we would concur precisely with this dating or not, we are studying one of the last documents that have come down to us from the pen of the Apostle.

As we grow older, there is a tendency to shift our focus. Even among those who have made no major change in their thinking, certain issues tend to move to the forefront as we near the end of our earthly life. While we may have always been concerned to safeguard and preserve the things that matter most, we will, toward the end, focus on handing these on to others who will value them as we have valued them. The fundamental message of Paul has always been “Jesus Christ and him crucified” (1 Corinthians 2:2). That is what he has always taught, and what he has always wanted others to teach. But, in the closing days of his life, he seems to speak even more frequently and passionately to his coworkers about preserving and proclaiming that message to coming generations.

How do we best prepare the younger generation to preserve and proclaim the message?

“I thank God whom I serve, as did my ancestors, with a clear conscience, as I remember you constantly in my prayers night and day” (2 Timothy 1:3).

After the general greeting in the first two verses, Paul looks back. Our culture tells us to be constantly moving and looking forward. But Paul seems to understand that the only safe path into the future must be informed by having a good look at our past. Although Paul may have broken with many aspects of his Jewish past, he sees himself as walking in continuity with his ancestral faith.

And he calls upon Timothy to look back with appreciation to the instruction and example that he received from his mother and grandmother (5). The faith that he is to proclaim and preserve is not some “new and improved” religion, but the true fulfillment of the ancestral faith of Israel.

This looking back is not merely looking back to ancient events and ancient scriptures, it is a relational matter. Paul emphasizes his relationship with Timothy, how he constantly remembers him in prayer (3). Their bond is ongoing. Separated from Timothy, Paul weeps and looks forward to the joy they will share if reunited (4). Paul also points out the role that he had played in conveying to Timothy the gift of God that was to enable his ministry. He calls upon Timothy to be unashamed of their relationship, even as Timothy’s mentor is suffering the humiliation of imprisonment (8). Later in chapter one, Paul will note that many have turned away from him (15); but he will rejoice at length in the good relationship that he has with Onesiphorus (16-18).

We have often played a little mind-game concerning what would happen if a Bible washed ashore on a remote island where the gospel had never been proclaimed. What would the people make of the book? What kind of faith might they develop? If they did come to faith, what forms of worship would they employ?

There may be some value in considering these questions theoretically, but it has never happened. Cornelius did not come to faith without human intervention. The angel did not reveal the gospel to him, he had to send for Peter to receive it. The Lord did not give Saul the full saving message on the road to Damascus, instead he directed him to wait until it was revealed to him by means of another human. The Eunuch did not understand the prophecies of Isaiah on his own. He needed a fellow human to guide him.

I do not pretend to know why these things are true, but they are true. The faith is passed on via human relationships. We must look back; we ought to ask for the ancient paths (Jeremiah 6:16); we are to search the scriptures (Acts 17:11); but we are also to foster good human relationships if we expect to preserve the faith. God works with seekers and soldiers who are in relationship with other seekers and soldiers. Christians are not to be “Lone Rangers.” If called upon to serve the Lord in loneliness, without the support of fellow believers, we should do so. But we should not seek to isolate ourselves. We should seek, and rejoice in, healthy Christian fellowship. The faith is best preserved in relationship with other believers.

Reliance on the Spirit

He reminds Timothy of the gift he received (6-7). While we do not know the exact nature of the gift referred to, Timothy is not to think of himself as in this work alone. He is not just a fine young man with lots of natural talent. He is one who has received a “gift of God.” He is to make full use of that gift. It is “by the Holy Spirit who dwells within us” that Timothy is to “guard the good deposit” that has been entrusted to him (14).

When we rely on human means to preserve the gospel, we have by that very action contaminated the gospel. To think that we can preserve the gospel by our own brilliant oratory, or by our devastating logic, is really a denial of the gospel. The gospel is not our gift to the world, but God’s gift to us. He has given it to us by means of those who went before us. He gives it to us not in isolated individualism, but in the gathered people known as the church. The gospel message is not just a message that we can package and sell in any form we would like, but remains under the control of the Lord’s Spirit, who must be relied upon if we are to accurately preserve the wonderful message.