THE GOSPEL ACCORDING TO ISAIAH 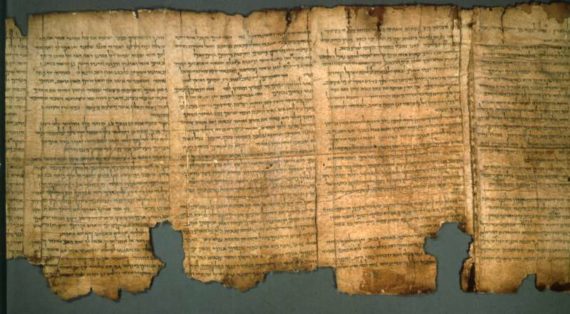 You have heard of the four gospels: Matthew, Mark, Luke and, John. But have you heard of the gospel according to Isaiah?

Preaching the gospel of Christ, it was common for the apostles and others in the first century to refer to the Old Testament. It was Paul’s custom (Acts 17:2-3) and Apollos did the same at Corinth (Acts 18:27-28). That was because portions of the gospel were foretold by Old Testament prophets. For example, concerning the coming of the Messiah (Hebrew, Anointed One; Greek, Christ) and concerning the establishment of His kingdom.

One such prophet was Isaiah, who lived 750 years before Christ and was sent to prophesy to Judah and Jerusalem (Isaiah 1:1). Isaiah’s book contains so many prophecies regarding the Messiah and His kingdom that he is often called “the Messianic prophet.” We could call his book “The Gospel According to Isaiah.” To illustrate, let’s review some of the prophecies found in the book of Isaiah.

Let’s begin by looking at Isaiah’s view of the gospel of the Messiah. He wrote good news about the Son of man. That He will be born of a virgin, whose name will be Immanuel – “God with us” (Isaiah 7:14) – fulfilled with the birth of Jesus by Mary (Matthew 1:18-23). He will be a wonderful child with an amazing name(s), destined to reign (Isaiah 9:6-7) as announced by the angels at Jesus’ birth (Luke 2:11). The Son of man will be of the family of David (Jesse) descending from the “stem of Jesse,” David’s father (Isaiah 11:1). Jesus’ lineage is shown in Matthew 1 (via Joseph) and Luke 3 (via Mary). The Spirit of the Lord will rest upon Him with wisdom and understanding, counsel and might, knowledge and fear of the Lord (Isaiah 11:2), visibly manifested at His baptism by John (Matthew 3:16).

Isaiah prophesied the good news about the kingdom’s origin. It will come to pass in the “latter days” that the mountain of the Lord’s house will be established (Isaiah 2:1-2). The time was fulfilled when Jesus began preaching (Mark 1:14-15). God’s kingdom will go forward from Jerusalem as the Word is spread (Isaiah 2:3). So Jesus explained, the Word must proceed from Jerusalem (Luke 24:44-47).

Perhaps we can see why the apostles and others used the Old Testament to convince many that Jesus was the Messiah and to proclaim the prophecies concerning Him and His kingdom that were being fulfilled. What is your reaction to the gospel as foretold by the prophets centuries before Christ came and proclaimed by the apostles and preachers in the first century, A.D.?