“Seeking the Things Above” 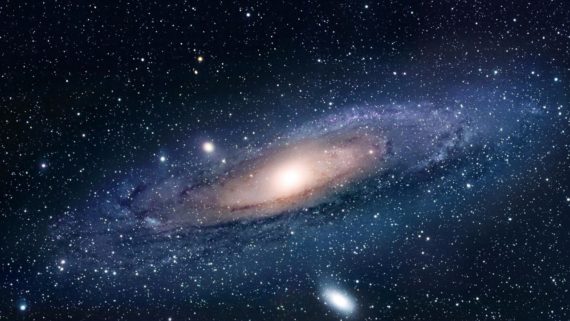 From his imprisonment (chains, bonds; 4:3, 10, 18) Paul records some of God’s highest and most glorious revelations of Jesus Christ, His beloved Son (1:13), through and for whom He created the universe (1:13–17). While the Romans confined him physically, the freedom, breadth height and depth of Paul’s spiritual and social insights, and his magnanimity, his largeness of thought, are literally cosmically stellar in his letters from prison: Ephesians, Philippians, Colossians, Philemon and 2 Timothy.

Paul was in prison for “speaking forth the mystery of Christ” (4:3), but “the word of God is not imprisoned” (2 Timothy 2:9). From prison, Paul continued his ministry to churches through the power of the written word, God’s chosen instrument of communicating His message of eternal salvation – and – transforming us into the image of Jesus as we read, absorb and do His Word. The Colossians learned how to respond to Christ’s supremacy in how they worship God, love one another and live with their neighbours and employers.

The Colossians heard “the word of truth, the gospel” through “Epaphras, our beloved fellow bond-servant” (1:5, 7). While opinion is divided about whether or not Paul visited Colossae, he is aware of their faith and love and their trials: “we heard of your faith in Christ Jesus and the love which you have for all the saints” (1:4) and “For I want you to know how great a struggle I have on your behalf and for those who are at Laodicea, and for all those who have not personally seen my face” (2:1). The Colossians had fellowship with Christians in Laodicea and Hierapolis. Paul highlights Colossae’s relationship with Laodicea five times (2:1; 4:13, 15–16). He had them greet each other and read his letters to each of them (4:15–16).

Colossae’s location bears directly upon Paul’s understanding of the Colossians’ social situation and spiritual concerns. Colossae was near the ancient “ring road” connecting the “Seven Cities of Asia” in Revelation. Laodicea was closest of the seven, about 16 km (10 miles) WNW up the Lycus River Valley. In the fifth century BC the ancient Greek historian Herodotus, whom some call the “father of history,” wrote of Colossae as “a great city in Phrygia.” Xenophon called it a “populous city, wealthy and of considerable magnitude.”

Colossae’s wealth came from its natural setting and the international trade route linking E and W Asia and eventually Rome. Colossae had a panoramic view of the Phrygian mountains descending into the Lycus Valley across which the city spread with its fortified acropolis (“top of the city”) south of the Lycus River. It sat SW of the Mossyna range and at the foot of Mt. Cadmus to the west, the highest peak in western Anatolia (the ancient name for Asia Minor meaning “east,” “sunrise”). The mountains and countryside around Colossae provided excellent grazing for sheep with particularly soft wool. The chalky water was ideal for dying wool. Colossae profited from distributing this wool known as colossinus (the raven colour origin of the city’s name according to the ancient geographer Strabo).

Laodicea eclipsed Colossae following the breakup of Alexander the Great’s Empire after his death in 323 BC as prophesied by Daniel 11:4ff. Amid the turmoil, Antiochus II divorced his wife Laodice after whom the new city of Laodicea was named. When the Romans established the province of Asia ca. 190 BC Laodicea flourished in industry, trade and banking. The new Roman road system placed Laodicea at the junction of the main international trade route and four regional roads. Laodicea became the capital of a political district encompassing twenty-five towns.

The high volume of traffic through the region brought not only goods but culture, Jews of the dispersion, philosophy from east and west, and pagan worship including: Cybele, Isis, Sarapis, Helios (sun god), Demeter, Salene, Artemis of the Ephesians and the Prhygian moon god “Men.” These factors bear directly on the spiritual influences with which new Christians in Colossae had to cope and which Paul wrote to address.

Paul powerfully affirms the supremacy of God the Father and Christ over pagan gods and philosophy both spiritually and practically. Paul prays they “may be filled with the knowledge of His will in all spiritual wisdom and understanding” (1:9). Wisdom was with God eternally before the foundation of the universe (Proverbs 8:22–31). Wisdom is a gift of God along with knowledge and understanding (Proverbs 2:6; James 1:5). In Jesus “are hidden all the treasures of wisdom and knowledge” (Colossians 2:3). God’s eternal wisdom enables the Colossians to “walk in a manner worthy of the Lord, to please Him in all respects, bearding fruit in every good work and increasing in the knowledge of God” (1:10).

God manifests His will most profoundly in the gospel of Jesus’ death, burial, and resurrection for the forgiveness of sins and justification. Through the Gospel God qualifies the Colossians to “share in the inheritance of the saints in light. For He delivered us from the domain of darkness, and transferred us to the kingdom of His beloved Son in whom we have redemption, the forgiveness of sins” (1:12–13).

Christ is “the image of the invisible God, the first born of all creation” (1:15). God created all things “by Him and for Him” (1:16). In Jesus, “all things hold together” (1:17). Christ created and sustains every molecule in the universe and our mortal bodies (He “upholds all things by the word of His power,” Hebrews 1:3). He is head of His body, the assembly of His people (18). God’s fulness lives in Christ (1:19). God reconciles all things to Himself “through the blood of His cross” (1:20). God’s goal is to present the Colossians to Himself “holy and blameless and beyond reproach” if they will “continue in the faith firmly established and steadfast, and not moved away from the hope of the gospel.” (1:23). Paul is a minister of this profound mystery which is “Christ in you, the hope of glory” (1:27).

In their first-century context, which has uncanny resemblances to our own time, the Colossians were vulnerable to “persuasive argument.” Sophistry abounded, impressive but shallow public speech. Philo-sophia, the love of human wisdom, was inferior to God’s eternal wisdom in Christ (2:3). Travelling wonder workers (thaumaturgy) abounded with tricks to deceive (2:8) people for money. They are not to let anyone bother them about “food or drink…festival or new moon or a Sabbath….” (2:16). They should not be defrauded by “self-abasement or the worship of angels” (2:18) They are free in Christ, their Head, who nourishes His body which God cause to grow (2:19).

“Seeking… and setting your minds on things above” (3:1–2), their whole-hearted response to God is to live holy lives and to “put on a heart of compassion, kindness, humility, gentleness and patience,” forgiving one another and putting on “love, which is the perfect bond of unity. And let the peace of Christ rule in your hearts” (3:12–15a).

Paul sums up the essence of worship and daily life in 3:16–17, “Let the word of Christ richly dwell within you, with all wisdom teaching and admonishing one another with psalms and hymns and spiritual songs, singing with thankfulness in your hearts to God. Whatever you do in word or deed, do all in the name of the Lord Jesus, giving thanks through Him to God the Father.”

Paul’s admonitions to the Colossians to harmony in their households and workplaces in 2:18–25 are in keeping with his instructions to the Ephesians, Philippians, Timothy and Titus. They are to work heartily “as for the Lord,” from whom “you will receive the reward of the inheritance” (3:23–24). The wisdom of Christ in them is to guide their conduct and speech among those outside of Christ (4:5–6).

Paul’s love and concern for the Colossians are affirmed by the abundance of his co-workers of whom he reminds them: Timothy his co-signatory (1:1), Tychicus and Onesimus his messengers (4:7–9), and those sending greetings, Aristarchus his “fellow prisoner,” Barnabas’ cousin Mark, Jesus called Justus, Epaphras, Luke, the beloved physician, Demas and Aristarchus (4:10–17).

The depth, breadth and height of Paul’s insights into the supremacy of Christ and our salvation in Him by our Father’s will are a constant inspiration. If Paul can see and live by God’s eternal wisdom in prison, so can we, whatever our circumstances. Whatever pressures life applies to us, we can look forward to being with God forever and do everything to His glory while we are here on earth “seeking the things above” (3:1).