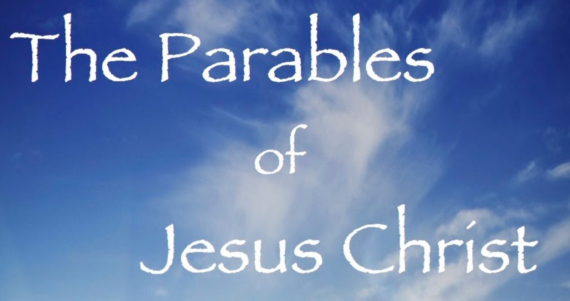 The Wisdom of Jesus As Displayed in His Parables

Jesus Christ is universally recognized as a master teacher. A conspicuous part of his methodology was his use of stories, which we, like the gospel writers, often call parables, from the Greek parabolē, “placed alongside.” Usually the parables of Jesus are stories from everyday life that ordinarily illustrate a single moral or spiritual truth, as in the Persistent Widow, which Luke tells us was “to the effect that they should always pray and not lose heart” (Luke 18:1–8). However, the parable of the Prodigal Son illustrates three truths: (1) God’s great love, (2) genuine repentance, and (3) heaven’s joy when sinners repent (Luke 15:11–32).

Many speakers and writers use stories to hold attention and to get their point across, so Jesus was not an unusual teacher for that reason. What, then, made his stories extraordinary?

1. Some of his stories, such as the Prodigal Son, the Good Samaritan (Luke 10:25–37), and the Unforgiving Servant (Matthew 18:21–35), are outstanding literature, both because of their eloquent relevance to the subject matter and the arresting way they tell their story.

2. Many have broad appeal across generational, cultural and educational lines. The story of the Good Samaritan, for example, can be usefully grasped by preschoolers, and yet there are far deeper truths that challenge mature adults.

3. Jesus drove home his point in varying ways, depending on his listeners. In the brief story of the Two Builders (Matthew 7:24–27) at the end of the Sermon on the Mount, he trusted his hearers to make the right application. In the parable of the Good Samaritan Jesus ended with a question and left it to his hearer to make the point. At the end of the story of the Prodigal Son Jesus did not tell whether the older brother went to the party, leaving it to his hearers to make the appropriate application.

4. Jesus’ stories, even today, are not easily forgotten and challenge us to revise our thinking, as in the parable of the Rich Farmer (Luke 12:13–21) who left God out of his plans and died unable to enjoy what he had saved for his retirement.

5. While his stories are entertaining when we read or hear them, far more importantly they contain significant spiritual and ethical teachings. Consider, for example, the parable of the Shrewd Manager about the use of money (Luke 16:1–13) or that of the Seed and the Sower (Matthew 13:1–9) about the varying responses of those who hear God’s word.

Jesus’ wisdom is evidenced in these stories by what he chose to tell, his skill in telling it, and the story’s relevance to the occasion. Anyone who writes a teaching article, or preaches a sermon, or talks to another person about spiritual change not only should want to speak the truth appropriate to the occasion but should also want to say it in a way that helps hearers accept it, even when it is not what they want to hear. An important part of wisdom is speech that is “gracious, seasoned with salt,” knowing how to answer each person (Colossians 4:5–6).

But Jesus’ wisdom is evidenced even more by what he taught with parables, whether in response to someone’s question or problem, or when training the Twelve for their work after he left, or when confronting his adversaries. His skill in using stories to answer questions is especially well-illustrated by his response to a lawyer who wanted to know what he needed to do to inherit eternal life (Luke 10:30–37). Rather than telling him what to do, Jesus asked him what the law said. The lawyer rightly quoted the two greatest commandments, and Jesus told him that if he kept them he would live. The lawyer recognized that to really do this is not easy, so he tried to justify him own failure by asking, “Who is my neighbour?” Although Jesus was fully able to answer this in a few words, he instead told about a Samaritan who helped a half-dead man left at the side of the road by robbers. Jesus turned the question from who is my neighbour to who proved to be a neighbour. At the end of the story the lawyer answered his own question.

Jesus used parables to train his own disciples. At least three times Peter asked questions that Jesus answered this way. One time, after his story about Watchful Servants (Luke 12:35–40), Peter asked, “Is this parable for us or for all?” Jesus asked another question implying that the parable was for anyone faithful and wise enough that his master will set him over his household. “Blessed is that servant” (Luke 12:41–48).

Another time Peter asked, “Lord, how often will my brother sin against me and I forgive him? As many as seven times?” Jesus’ short answer was not seven times but seventy times seven. His full answer was the story of the Unforgiving Servant, reminding Peter of how much he had been forgiven and his continuing need to forgive others “from your heart” (Matthew 18:23–35).

On a third occasion, after a rich young ruler left in sorrow when Jesus told him he should sell his possessions and follow him, Peter said, “We have left everything and followed you. What then will we have?” Jesus’ immediate reply was that “everyone who has left houses or brothers or sisters or father or mother or lands, for my name’s sake, will receive a hundredfold and will inherit eternal life” (Matthew 19:27–30). His fuller answer, addressing Peter’s attitude, is found in the story of the Labourers in the Vineyard (Matthew 20:1–16), where those who worked as little as an hour, trusting the owner’s word that “whatever is right I will pay you,” received as much as those who worked a full twelve hours after bargaining for their wages.

It is likely that the Twelve were all present when Jesus responded to Peter’s questions. Training them was not merely a matter of teaching them some facts; to be Jesus’ apostles they had to undergo a paradigm change, for their understanding of the Messiah’s kingship and kingdom was utterly different from what Jesus came to be and to do. One of the ways that Jesus changed their understanding was with parables. Seven of these kingdom parables are found in Matthew 13, with an additional one in the parallel passage in Mark 4:26-–29. These parables he spoke, not for the benefit of the masses, but, as he told the Twelve, “To you it has been given to know the secrets of the kingdom of heaven, but to those outside it has not been given (Mark 4:10–12). Two of these parables – that of the Sower and that of the Weeds and the Wheat – he explained in detail so that his disciples would know how to interpret the others (Matthew 13:1–9; 18–23; 24–30; 36–43).

Jesus also used parables to tell his apostles that he would be going away but would return later. During the interim they needed to be faithful and wise (Matthew 24:43–47). He illustrates wisdom with the story of the Ten Virgins (Matthew 25:1-13) and faithfulness with that of the Talents (Matthew 25:14–30). Luke records a parable similar to that of the Talents (Luke 19:11–27), but apparently to a wider audience, to disabuse those who thought the kingdom was coming immediately and to warn those who rejected his kingship.

The latter reminds us that Jesus sometimes used parables to interact with his opponents. Early in his ministry, his Pharisee dinner host thought Jesus should not have allowed a woman who was a “sinner” wash his feet with her tears and dry them with her hair. Jesus told about Two Debtors, one of whom was forgiven a large debt and the other a small one. Jesus then asked who loved the most. When the Pharisee answered that it was the one forgiven the most, Jesus made a telling comparison between the way in which Simon and the woman had each shown their love for him and then told the woman that her sins were forgiven (Luke 7:36–50).

Later his interactions with the Pharisees and other opponents became more confrontational, as when they openly criticized him for receiving “sinners” and eating with them. Jesus responded with stories of a Lost Sheep, a Lost Coin, and a Prodigal Son to tell about the joy in heaven when even one sinner repents (Luke 15).

During the final week of his ministry, when he knew his opponents were determined to kill him, he issued a final warning with his story of the Wicked Tenants (Matthew 21:33–46; Mark 12:1–12; Luke 20:9–18.) There was no need for Jesus to explain the parable, for as both Matthew and Luke tell us, they perceived that the parable was against them.

Parables, then, were a very important part of Jesus’ teaching style. Sometimes they were used to help his hearers understand better, other times they were designed to keep at least some of his listeners from grasping what he was saying. Either way, they demonstrated his wisdom, not only in the truths being taught but also in knowing who were prepared to receive them and be benefited by them and who were unreceptive and needed to be warned. They have worn well, and 2000 years later we still marvel at them and at the Great Teacher who told them.

PrevPreviousWisdom is Justified by Her Children (Luke 7:35)
NextThe Sermon on the Mount: A Treasure Chest of WisdomNext