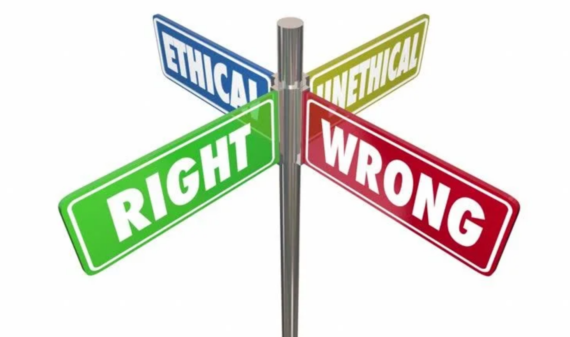 The hippies were a few years ahead of me when I grew up in the 60’s, . Both in high school and college, they had been taught that human beings were the product of blind chance and random forces functioning upon and from within non-living matter without any goal and for no purpose.

Years earlier, Julian Huxley had put it this way:

“We are as much a product of blind forces as is the falling of a stone to earth or the ebb and flow of the tides. We have just happened, and man was made flesh by a long series of singularly beneficial accidents.

These beliefs profoundly changed their morality and behaviour.

If the capacity to function as a moral being arose for no purpose, it might then be put to whatever purpose the possessor chooses. And if it arose from within, then the populating of that capacity with values and mores should properly arise from the same place.

It was no accident then that many went ‘in search of themselves’. The ‘ethical pantry’ was suddenly bare, the shelves were empty making self-discovery – the ultimate ‘shopping trip’. Yet it was somehow seen as cheating to borrow from someone else instead of creating your own standards. This was and still is, the postmodern exercise of ‘creating truth’ rather than merely discovering it.

Having ‘discovered oneself’, one was then in a position to define that which was individually and personally, right and wrong. Persons of integrity were those who followed their conscience, to be henceforth – ‘true to one’s self’. This was the epitome of authenticity and the seed of further ethical thinking of the postmodern variety1.

But individual ethical autonomy does not work well in society. My ‘right’ may be your ‘wrong’, and the exercise of my ‘freedoms’ may cancel out yours. To avoid authoritarianism, democratic societies tend to settle for some form of ‘social contract’ with its own set of ethical standards. Think of this exercise as a form of ethical ecumenism which under the banner of ‘tolerance’ seeks the lowest common denominator in order to be ‘inclusive’. Or to put it another way, those ethical values upon which the majority agree, form the starting place for what will be acceptable and what is not.

As we might expect, this ethical denominator is a moving target. The process works like water by seeking the path of least resistance while flowing to the lowest possible level. The ethical path of least resistance is just like that, creating ever new ‘ethical lows’. Yet in order to function as moral values to which society ought to aspire, each new ethical ‘low’ must be promoted as a new ‘high-water mark’. Such is the moral dilemma of our postmodern materialist society. It is in a race to the bottom and as far away from God as possible.

The question for Christians and for the church is – are we going along for the ride?

The apostle Paul in Romans 1:18-32 documents the downward spiral that has happened historically to societies who have chosen this path. God permits the self-imposed sufferings of a godless society as a foretaste of that which he will one day impose when he judges the world in righteousness.

With respect to ethics, the scriptures tell a very different story. Human beings have been made in the ‘image of God’. Our God-given capacity of moral functioning has not arisen from beneath us or from within. Nor can it function as it should with values of our own making. As the capacity has been given from above, so must it’s values.

Adam and Eve understood the difference between right and wrong. God’s commands defined the boundaries within which they made their choices, which were for a time, obedient. God warned them of outcomes, promising to bless obedience and to punish disobedience. At no time in history, has God ever allowed the world to function in any other way.

Solomon observed this in Proverbs 14:12 when he said: “There is a way which seems right to a man, But its end is the way of death”

And the book of Judges explains the ethical outcomes during that period of apostasy, in this way: “In those days there was no king in Israel; every man did what was right in his own eyes.

Each of these passages relate ethics to God and outcomes to eternity. The standards of conduct given by God are rooted in his person and are expressions of his will. Had God withheld these from us, we would not know who He is or how to please him.

The scriptures make it clear that the first and most important ‘outcome’ of acceptable ethical conduct is a right relationship with God. Those who have never sinned are pleasing to God in a way that needs no remedy. Those who have sinned but have been redeemed by the blood of Christ and entered into a living relationship with the Father through the Son, are also pleasing to God. For this reason, Christians subscribe to the standard set by Jesus and revealed in His word. It is an unchanging standard anchored in the God who is the same yesterday, today and tomorrow. Our efforts to obey God are actually also an effort at ‘authenticity’. Having been cleansed by the blood of Jesus when we were baptized into Him, we have been raised to ‘walk in newness of life’. Having been made pure and holy, and set apart for God’s service, we make it our goal to attain to the same standard of perfection to which Christ has brought us by his grace.

Having burst the bounds of God’s morality the human race has run head long into its own mortality. No system of ethics or ethical values is complete without considering what it is that lies on the ‘other side’. Death cannot simply be explained away as ‘a part of life’, for it has not always been so. It exists as God’s penalty for sin, imposed upon us for this express reason. And while it is the end of life on earth as a human being, it is not really ‘the end’.

Since mortality has been imposed upon us by our heavenly Father, we must turn to him for a morality that is able to prepare us for what lies on the other side of death.

1This may seem silly to many readers who are right to observe that this ‘process’ is never ending. Since people change – self-discovery or the reinventing of oneself is also never ending.. And if who I am is my standard of right and wrong, then I have an ethic that I can never fail to live up to. Whatever I am at any given moment – is right. My standard ‘is what it is’ but can never serve as that ‘which I ought to be’.

PrevPreviousSir, We Wish To See Jesus
NextJesus’ Message to The Church: Wisdom from Revelation 2 and 3Next