Meeting God in the Cave 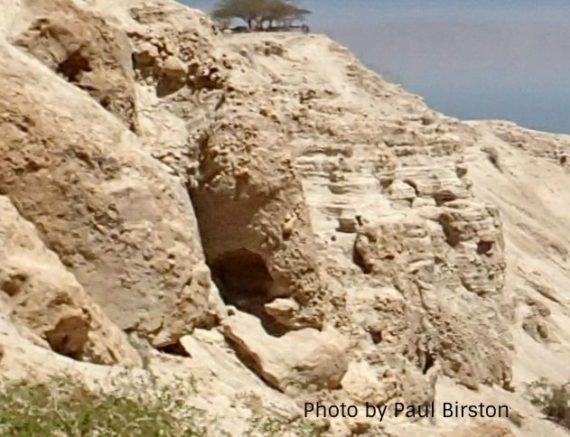 The problem with slight momentary afflictions is that they never seem slight or momentary when we are enduring them. It is challenging in the middle of great trouble to remember the truths that the apostle Paul wrote. One of the most important factors that helps us see affliction as small and temporary is that there is something else that dwarfs it. Paul is sure to point that out, and informs us that our temporary affliction is actually involved in preparing us for that eternal glorious thing.

In 1 Kings 19 the prophet Elijah had arrived at just such a moment. For three years he had been a man with a price on his head. Driven into exile he trusted in the protection and providence of God. It all came to a head on Mt. Carmel (I Ki 18) when fire from heaven consumed his offering and the prophets of Baal were put to the sword.

When Elijah prayed again, the drought was broken and he ran ahead of the king’s chariot all the way to Jezreel. God had won and he was God’s man.

Until the unexpected, when Jezreel said he was a dead man.

Queen Jezebel was not impressed. Miracles notwithstanding, she doubled down on killing Elijah. It was more than he could take. It seemed that three long years had not changed a thing. Except that now, he was burnt out, stressed out, and “lived” out. He felt used up and asked God to take his life (I Ki:19:4). Which is why we find him in a cave. Alone, afraid and pleading for death, we wonder if he will ever leave that cave alive?

I Kings 19:9-18 tell us a lot about God and even more about ourselves. When we grow anxious, fearful, or perhaps even angry with God, we might say, “that’s it, I’m done, I can’t do this anymore”. When that happens, we need to allow God to meet us in the caves of our own time and place and to ask us the question, “what are you doing here?”

Consider the dialogue between God and Elijah (vs. 9-10, 13-14). Two times God asks Elijah, “what are you doing here, Elijah?” What is it that you are doing? What happened that you ended up in this place, in this cave, all alone, away from everybody else? To Elijah’s credit, he did not just say what he thought that God wanted to hear, but answered truthfully and from the heart.

As we think about what Elijah said, let’s remember that he had spent a lot of time alone and was now alone again. He had been talking to himself for so long that he had started believing what he was saying. Here’s the short form of his answer to God:

When God answered, it is clear that He had heard everything that Elijah had said. God had been paying attention and while He is very much for His people that does not mean that he always agrees with us.

Four things in God’s response speak to each one of us when we are ‘down and out’, just like Elijah:

Let us remember that God was at work, both in the life of Elijah and the lives of others. He blessed Elijah and led him out of the cave to renew his work as a prophet of God. God gave him reason to carry on as a man of faith in a world that desperately needed God.