“Looking for New Heavens and a New Earth” 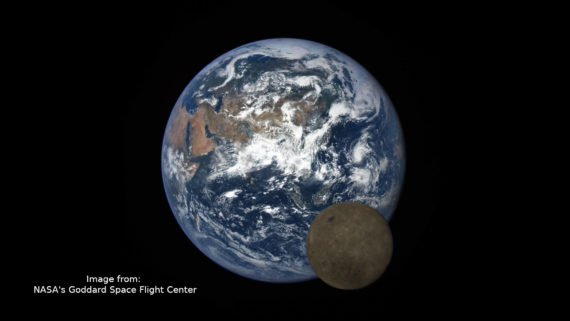 In Isaiah 65 and 66, 2 Peter 3 and Revelation 21, however, God gives us prophetic visions of heavens and an earth that are completely new.

The language of the Bible is very important for us to grasp. “New” means recently made, fresh, unused, unworn, superior to what they succeed. They are unprecedented and new in kind and substance. They are real.

While it’s restating the obvious, our common language frequently misses the fact these visions are not just about heaven. In them we see God’s new heavens and His new earth. John sees His new Jerusalem.

To carry away all doubt from our minds about the possibility of this just being a renovation of what we know now (a common false doctrine), John tells us clearly,

“for the first heaven and the first earth passed away, and the sea no longer exists.” (Revelation 21:1)

God and the laws He created to govern the present universe inform us in the most minute detail that the present heavens and earth will wind down, run out of energy and end.

The overwhelming beauty and encouragement of God’s promise is: His new heavens and new earth will not end. There we will live forever with Him in His righteousness, light and glory.

God’s Promise of the New Heavens and the New Earth

About 760–800 years before Peter and John wrote, Isaiah prophesied God would create new heavens and a new earth:

“For behold, I create new heavens and a new earth; And the former things will not be remembered or come to mind. 18 But be glad and rejoice forever in what I create; For behold, I create Jerusalem for rejoicing, And her people for gladness. (Isaiah 65:17–18)

“For just as the new heavens and the new earth, Which I make, will endure before Me,” declares the LORD, “So will your descendants and your name endure.” (Isaiah 66:22)

God’s Promise Affirmed: How He Will Do It

About 760 years after Isaiah’s prophecy, Peter affirmed God’s promise and magnified our understanding of how He will replace the first heavens and earth with the new.

Peter’s description of the human condition in the last days in which we live and the physical details are vivid, precise and encouraging.

“Know this first of all, that in the last days mockers will come with their mocking, following after their own lusts, 4 and saying, “Where is the promise of His coming? For ever since the fathers fell asleep, all things continue just as they were from the beginning of creation.” 7 But by His word the present heavens and earth are being reserved for fire, kept for the day of judgment and destruction of ungodly people.

10 But the day of the Lord will come like a thief, in which the heavens will pass away with a roar and the elements will be destroyed with intense heat, and the earth and its works will be found out. 11 Since all these things are to be destroyed in this way, what sort of people ought you to be in holy conduct and godliness, 12 looking for and hastening the coming of the day of God, because of which the heavens will be destroyed by burning, and the elements will melt with intense heat! 13 But according to His promise we are looking for new heavens and a new earth, in which righteousness dwells. 14 Therefore, beloved, since you look for these things, be diligent to be found spotless and blameless by Him, at peace, 15 and regard the patience of our Lord as salvation… (2 Peter 3:3–4, 7, 10–15)

We noted that the present universe will end. This is not in doubt. Peter says it will be destroyed by fire. The elements will burn up. His choice of words for elements is most helpful. It is the root of our word stoichiometry. Literally, it means the measure of the elements we are familiar with from chemistry. These are the elements God created and which are defined scientifically by the marvelous periodic table. Stoichiometry describes the relationships between reactants and/or products in a chemical reaction. All of the temporal elements God created He will destroy by fire so that He can replace them with them with eternal elements that last forever.

Peter highlighted that we are headed to live in God’s “new heaven and new earth where righteous dwells.”

He said regarding God’s timing and how we get there,

“The Lord is not slow about His promise, as some count slowness, but is patient toward you, not willing for any to perish, but for all to come to repentance…. regard the patience of our Lord as salvation.

God made this salvation possible by Jesus’ blood, death and resurrection, the gospel for our forgiveness and justification before God, the good message of our salvation Paul articulated,

God forgives us and justifies on the basis of Jesus’ blood, death and resurrection.

All four Gospels proclaim the proof of Jesus’ resurrection from the dead and the reality of His new resurrection body (Matthew 28; Mark 16; Luke 24; John 21–22).

Jesus vividly and concretely proves the reality of His resurrection body in Luke and John:

See My hands and My feet, that it is I Myself; touch Me and see, because a spirit does not have flesh and bones as you plainly see that I have.” 40 And when He had said this, He showed them His hands and His feet. 41 While they still could not believe it because of their joy and astonishment, He said to them, “Have you anything here to eat?” 42 They served Him a piece of broiled fish; 43 and He took it and ate it in front of them. (Luke 24:39–42)

He said to Thomas, “Place your finger here, and see My hands; and take your hand and put it into My side; and do not continue in disbelief, but be a believer.” (John 20:27)

Jesus *said to them, “Come, have breakfast.” None of the disciples ventured to inquire of Him, “Who are You?” knowing that it was the Lord. 13 Jesus came and took the bread and gave it to them, and the fish likewise. (John 21:12–13)

Jesus’ is the first fruits of God’s promise to resurrect His people (1 Corinthians 15:20–23). Paul goes on to affirm the reality of every Christian’s resurrection body:

Just as we have borne the image of the earthy, we will also bear the image of the heavenly…. 52 in a moment, in the twinkling of an eye, at the last trumpet; for the trumpet will sound, and the dead will be raised imperishable, and we will be changed. (1 Corinthians 15:49, 52)

God’s new heaven, new earth, new Jerusalem and new resurrection bodies of Jesus and His people are perfectly made for each other.

These truths about God’s new heaven, new earth and the new resurrection bodies of His people are vital to understand Isaiah’s, Peter’s and John’s visions. We see the fulfilment of God’s eternal purposes and how everything He has created and done through the First and New Covenants foreshadow the wonder of His new heaven, new earth and new Jerusalem.

As we labour with Him here, we keep our eyes on Him and the horizon of His glory, “looking for new heavens and a new earth, in which righteousness dwells” (2 Peter 3:13b).

PrevPreviousFemale Leadership and the Church
NextWhat is God Doing about Evil?Next