“Lead us not into Temptation” 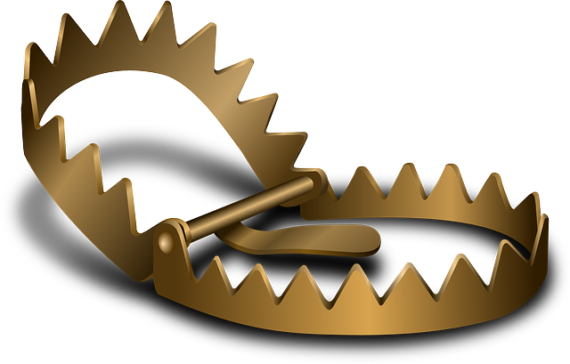 A troubling addiction. A betraying thought. A compromising situation. Temptation comes in many forms. But, temptation is not sin. If temptation were sin, then Jesus would not have led a sinless life. But as the Bible says, Jesus was “tempted in all things,” yet without sin (Hebrews 4:15). All the same, temptation should not be taken lightly because it is the gateway to sin.

Temptation is often strongest when we are at our weakest. Paradoxically, the Bible implies that when we think that we are the strongest, we are in fact our most vulnerable. Pride really does go before a fall. Temptation tends to have its way when we allow ourselves to dwell on those things which God has forbidden. We must therefore learn to recognize temptation when it appears and resist the urge to linger.

Temptation is one of the enemy’s most powerful “schemes” for misleading God’s people (Ephesians 6:11, 16). It causes us to focus on the “passing pleasures” of sin (Hebrews 11:25) instead of the enduring rewards of serving God with a pure heart.

The Bible says that: “Each one is tempted when he is carried away and enticed by his own lust. Then when lust has conceived, it gives birth to sin; and when sin is accomplished, it brings forth death” (James 1:14,15). Satan is good at custom tailoring temptation to suit our own very private lusts. He does this to multiply the attraction and bend us to his will.

Temptation encourages us to measure the seriousness of sin by the quantity of our sins. It says, “Just a little bit of sin is not all that bad” But nothing could be further from the truth (Numbers 32:23; Proverbs 15:3). Sin is sin in the eyes of God who condemns them all whether “big” or “small” (James 2:10). The wages of sin is always death (Romans 6:23). Dead is dead, no matter the cause.

In order for scriptures to ‘green light’ our sin, we are tempted sometimes to find permission in scripture where none exists. When Jesus was “led up by the Spirit into the wilderness to be tempted” (Matthew 4:1), Satan twisted God’s Word to lead Him astray. Jesus was not deceived because he knew what the scriptures taught and recognized misinterpretation when he saw it.

Sometimes temptation is particularly hard to resist. In those times, we must remember that God has not left us alone. He has put boundaries around what he will let Satan do. He will not allow us to be tempted to such an extent or in such a way that we are denied real freedom of choice. Each and every temptation which a Christian faces has a built in “way of escape”. (1 Corinthians 10:13). There is never a time when we are helpless before Satan.

By the power of God, we can always resist him by submitting to the will of God. As James the brother of Jesus wrote: “Submit therefore to God. Resist the devil and he will flee from you. Draw near to God and He will draw near to you.(James 4:7-8a)

Battling temptation is a daily thing. Even the most loyal followers of Christ can be tempted ( Hebrews 12:1). That is why the Lord’s prayer instructs us to ask God to “lead us not into temptation” ( Matthew 6:13).

When you are tempted, don’t debate or linger. Enticement takes time. It is so very important to deprive temptation of ‘the time’ that it needs to succeed. Therefore those who are strong in the Lord and wise in his ways…always flee temptation (2 Timothy 2:22).

Temptation is serious business because of what is at stake! You are engaged in a battle for your very soul. Our enemy, the devil “prowls about like a roaring lion, seeking someone to devour” (1 Peter 5:8). Temptation is his only way of drawing us away from God. Always remember the he is behind every instinct to deny God’s truth and to disobey God’s will.

Go to the Lord and receive mercy and grace in your time of need (Hebrews 4:15-16). There is never a time when a Christian should try to ‘go it alone’. Satan prefers to isolate us with the thought that we are alone in our sin which is better off hidden. He would have us believe that since sin is universal it is also inevitable. That there is no point fighting what we cannot overcome. He uses the discouragement of past sin to lead us into others. He is lying. When we repent and ask for forgiveness, God grants it along with protection going forward.

Therefore: “Let no one say when he is tempted, “I am tempted by God”; for God cannot be tempted by evil, nor does He Himself tempt anyone. But each one is tempted when he is drawn away by his own desires and enticed.” (James 1:13-14 NKJV)

“No temptation has overtaken you but such as is common to man; and God is faithful, who will not allow you to be tempted beyond what you are able, but with the temptation will provide the way of escape also, that you may be able to endure it” (1 Corinthians 10:13 NKJV)

PrevPreviousWhat Must I Do To Be Saved?
NextA Year of LearningNext