I Have Made You a Watchman 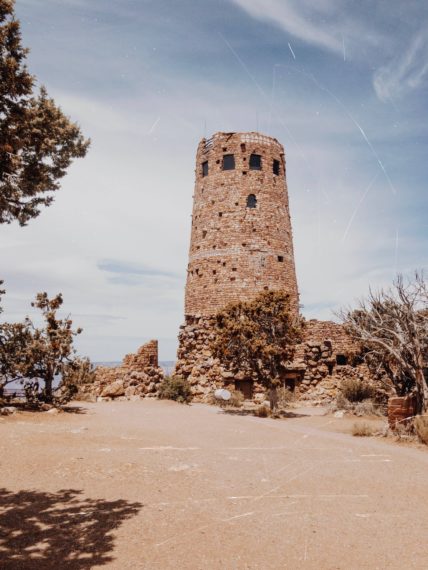 The first three chapters of Ezekiel record God’s interactions with Ezekiel at the outset of his prophetic ministry. God does not pull any punches when he informs Ezekiel of the road ahead. Instead, He tells Ezekiel exactly how difficult his ministry is going to be: “I send you to the people of Israel, to nations of rebels, who have rebelled against me. They and their fathers have transgressed against me to this very day. The descendants are also impudent and stubborn” (Ezekiel 2:3–4, ESV).

God’s people did not want to hear what He had to say about their situation because they had already made up their minds. Their failure to listen did not absolve Ezekiel of his responsibility to speak. God continues:

“I send you to them, and you shall say to them, ‘Thus says the Lord GOD.’ And whether they hear or refuse to hear (for they are a rebellious house) they will know that a prophet has been among them” (2:4–5).

God tells Ezekiel that he is to speak up, regardless of whether people listen. God knows that Ezekiel’s audience is going to ignore the opportunity He is giving them to repent, but He sends Ezekiel anyway so that there is no doubt about his audience’s culpability. They are not helpless pawns, powerless to do anything about the fate a capricious God has waiting for them; rather, they are choosing to reject the grace offered by a loving God who takes no pleasure in what His righteousness requires Him to do when His people act as the Israelites have (cf. 18:25–32).

Having received this commission, Ezekiel has two choices: (1) obey God by speaking up, or (2) disobey God by staying quiet. There is no third option. The commands God issues to Ezekiel in 2:6–7 illustrate the cost of obeying God. If God bothers to tell Ezekiel not to fear the people and their threats, even when “briers and thorns are with you and you sit on scorpions,” i.e., when the threats proceed to physical violence, and not to be “dismayed at their looks” (2:6), it seems likely that threats, intimidation, and ridicule awaited Ezekiel. Indeed, these things transpire in the rest of the book. God insists that His people have forewarning of the fate that awaits them, and He insists that His prophet have forewarning of what proclaiming that fate will cost him. God has already classified Israel as rebels who will not listen, but what about the prophet?

Next, God calls for an action that symbolizes Ezekiel accepting his mission. He says: “But you, son of man, hear what I say to you. Be not rebellious like that rebellious house; open your mouth and eat what I give you” (3:8). This command places Ezekiel in parallel with the people as a whole: they do not listen and are rebellious; he is to listen and not be rebellious. Ezekiel does not record what he was expecting God to feed him, but one might suspect that he was not expecting to eat a book. Nevertheless, what God puts in front of him is “a scroll of a book” (2:9). When opened, the scroll has writing on both sides that Ezekiel describes as “words of lamentation and mourning and woe” (2:10).

God repeats his command to eat (3:1), and Ezekiel obeys (3:2–3). The words of “lamentation and mourning and woe” (2:10) taste “as sweet as honey” (3:3), symbolizing that Ezekiel understands the necessity of the coming judgment and God’s righteousness in decreeing it. God then repeats Ezekiel’s mission, adding an explicit promise of assistance (3:4–11). By eating the book, Ezekiel has symbolically accepted his mission and, thus, demonstrated his willing obedience; for this reason, God informs Ezekiel that He has already equipped Ezekiel for this task by hardening his face and forehead to match those of his audience (3:8). After reiterating Ezekiel’s mission, God once again shows him His glory, just like he saw it in chapter 1, and this experience overwhelmed him for a week (3:12–15).

After that week, however, God spoke with Ezekiel again, using a very poignant image to explain Ezekiel’s role as a prophet: “I have made you a watchman” (3:17a). Being a watchman is another way to describe Ezekiel’s responsibility to speak whatever God gave him to speak (3:17b). A watchman’s job was to sound the warning when attackers appeared outside a city’s wall; Ezekiel’s job is to announce the judgment that is coming on God’s people.

God further spells out what being a watchman looks like with a series of hypothetical cases (3:18–21). This series of four hypothetical situations demonstrates that the watchman is responsible for raising the alarm but not for whether anyone heeds it. Regardless of Ezekiel’s action or inaction, those on whom God’s judgment is coming will suffer that judgment: each case, except one, contains the statement that the category of person discussed “shall die for his iniquity/sin” (3:18, 19, 20). The sole exception, where Ezekiel’s preaching affects the outcome, is when he warns a righteous person who heeds his warning (3:21). Although Ezekiel’s preaching alters his audience’s fate in only one of four hypothetical situations, his decision either to preach that message faithfully or to disobey by remaining silent affects his fate in each situation: in each case where he hypothetically remains silent, God says He will hold Ezekiel accountable for that person’s blood (3:18, 20); in each case where he hypothetically speaks up, God says that he “will have delivered” his “soul” (3:19). Ezekiel’s eternal destiny hinges on whether he speaks up or remains silent—not on the results.

That is all well and good for Ezekiel, living in Babylonia during the sixth century B.C., but where does it leave Christians in Canada during the twenty-first century A.D.? The most obvious application to draw would be to our responsibility to fulfill the Great Commission, even though the culture around us may seem, at best, indifferent and, at worst, hostile to the Gospel. Without a doubt, there is something to this: the Bible does teach that our eternal destinies hinge on our willingness to step out in faith and stand up for God even when it is not popular (e.g., Matthew 10:32).

Nevertheless, a more specific application seems in order here, given that God sent Ezekiel not “to a people of foreign speech and a hard language, but to the house of Israel” (3:5). This suggests that, just as Ezekiel’s ministry was focused on God’s people of his day, the proper application of the principles in it involves relationships between Christians at least as much as relationships with those outside the church. Granted, speaking God’s truth to our brothers and sisters who have gone astray is not easy, and it must be done with the correct attitude (Galatians 6:1–2; John 13:34–35) and procedure (Matthew 18:15–20). The erring members of God’s people today may not want to hear God’s message any more than those in Ezekiel’s day did, but that does not absolve Christians of the duty to speak (cf. 2 Tim 4:3–5). God has placed each Christian as a watchman to help others get to heaven. Dare we fail Him—and each other—by failing to discharge this duty?