How Is Your Record? 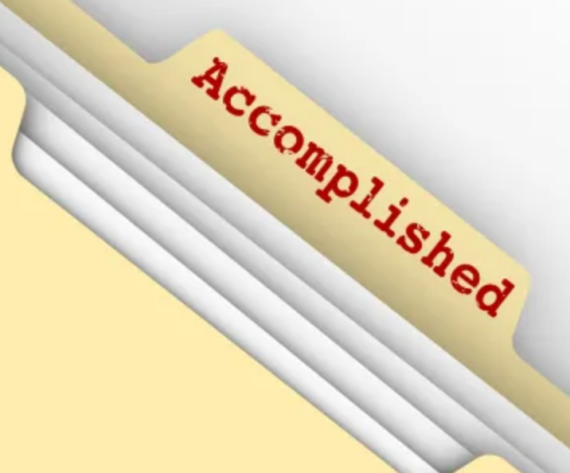 Perhaps some of us will shy away from such a question. But when we consider our purpose to take the gospel to new people and encourage our brothers and sisters, a good record is essential.

1 Thessalonians 2 emphasizes the record of Paul when he was in Thessalonica and began the church with the preaching of the gospel. If you read the account of his brief time with them in Acts 17, we see the opposition of the Jews, the violence of the mob, and the false reports of disloyalty to Caesar in this very pro–Roman city. This young congregation faced tough opposition. Escaping further violence, Paul was ushered to Berea and on to Athens. But it seems the slander continued in Paul’s absence.

What better way to destroy the church than to undermine it? Enemies often have long memories. And so they maligned Paul, fired volleys of criticism at the church, and sought to recapture Jews who had been converted by him to Christ. It’s always easier to discredit someone when they are not present to defend themselves. Paul decided to undo the damage from a distance by reserving space for a rebuttal in his letter to this fair congregation in Macedonia’s largest city. From his words in chapter 2, we learn the importance of a good record.

To begin, he pointed out what they already knew: that he didn’t cowardly shy away from Jewish mistreatment; he had come to Thessalonica to boldly “speak the gospel of God amid much opposition” (v1–2). His work had been a great success, not something “done in vain” (ending in emptiness or failure, as his opponents no doubt claimed). The apostle was not afraid of their lies.

Next, he reminded them of his genuine demeanour while with them (v3–4). His opponents cried out “He’s full of error! He motives were impure! He used deceitful tricks!” But Paul had been examined and approved by God to be the one to bring them the gospel, and he behaved in a way that pleased his boss, not men. People can usually tell if someone has selfish motives and is not genuine in nature. We must be careful about this in our work with people. Do we love them and God, or do we give the impression we love ourselves and desire some sort of selfish gain?

Paul had no secret motives that would prompt him to use flattery or deceit. Overblown compliments can be spotted easily, and people are wary of greed in a person (v5). In fact, Paul reminded them how he and his colleagues “worked night and day so as not to be a burden to any of you” (v9). In our money–hungry world today, it’s so important to be generous, kind, and to keep from giving any impression we are anxious for donations. The Thessalonians remembered this apostle of Christ who was not a burden to them in any way. What a breath of fresh air in their own society where traveling leaders of idolatry did their work with their hands out for cash.

When Paul and Silas first arrived in Thessalonica, they didn’t conduct themselves as if they were greater than everyone else, seeking glory and fame. They “proved to be gentle among you, as a nursing mother tenderly cares for her own children” (v7–8). These preachers really cared. They exhibited “fond affection” as they shared the gospel and also their own lives, “because you had become very dear to us.” What a marvellous record these men had: they taught the gospel gently, and they shared their own lives. I once asked a brother to go and teach a man who had requested a Bible study. He went, but only carved out a short amount of time to spend with him, and then later came back complaining that the man wasn’t receptive. Our brother wasn’t willing to take the time to build a relationship with this lost soul and teach the gospel with patience. We must do better if we’re going to persuade men to believe.

There was nothing of substance that could be honestly charged against Paul and Silas. Their record was spotless, and the Thessalonians remembered it. Paul said, “You are witnesses, and so is God, how devoutly and uprightly and blamelessly we behaved toward you believers” (v10). What sparkling qualities they had exhibited to these new Christians. This is what deflected all the harsh criticism and slander of those who opposed the faith. Their great record stood like a rock in a sandstorm.

It’s not our reputation alone that matters as we live our lives for Jesus, it’s also the effect it has on new people. Paul acted blamelessly so that the Thessalonians would learn to “walk in a manner worthy of the God who calls you into His own kingdom and glory” (v12). His good record would instil similar great qualities in these new Christians, no matter what his critics said.

I’m afraid that sometimes we are in a rush to teach and baptize people. We long to see our auditoriums full, to witness people come to the Lord, and to experience new energy that fresh people can bring into the church. But we can be guilty of pushing people before they are ready to obey, to make people feel manipulated, and thus create a shadow over our record. I’ve found myself guilty of this in the past while doing mission work and being conscious of the expectations of supporters, and the hunt for results. Self–correction was needed so as not to simply please men, but God. Let’s learn from Paul’s defense in 1 Thessalonians 2 and strive to conduct ourselves as he did.

How is your record?

PrevPreviousThe Word of God At Work In You Who Believe