For the Greater Progress of the Gospel 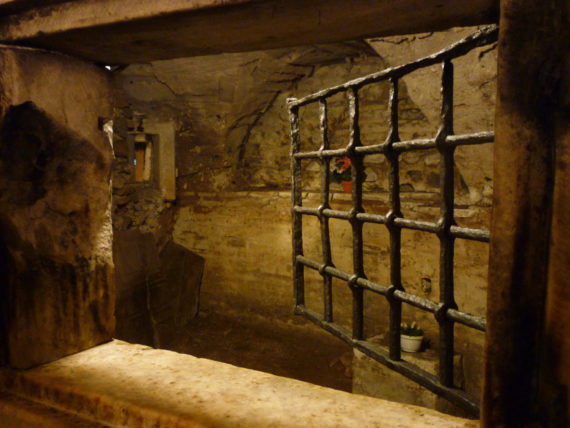 “Now I want you to know, brethren, that my circumstances have turned out for the greater progress of the gospel,so that my imprisonment in the cause of Christ has become well known throughout the whole praetorian guard and to everyone else,and that most of the brethren, trusting in the Lord because of my imprisonment, have far more courage to speak the word of God without fear.

Some, to be sure, are preaching Christ even from envy and strife, but some also from good will; the latter do it out of love, knowing that I am appointed for the defense of the gospel; the former proclaim Christ out of selfish ambition rather than from pure motives, thinking to cause me distress in my imprisonment. What then? Only that in every way, whether in pretense or in truth, Christ is proclaimed; and in this I rejoice. Yes, and I will rejoice.” (Phil 1:12-18)

I spent a couple of summers while in college selling books door to door. We learned in sales school to expect more closed doors than open and life on the street did not disappoint. We also learned to think of difficulties as opportunities and to be thankful for ‘character building days’ when we sold nothing at all. Learning from both failure and success rounded out our education. Preparation, perspective and perseverance made all the difference.

Writing from prison in Rome to the church at Philippi, the apostle Paul reflects that same kind of thinking. Context was everything. Paul lived and worked ‘for the greater progress of the gospel’ both inside and outside of the church. He measured each situation in life by the effect that it had on the advance of gospel.

For almost two decades Paul the church planter seemed unstoppable, even in the face of serious opposition 1. Then suddenly, all of that changed. Two years of Incarceration in Caesarea and another two in Rome seemed to put Paul ‘on the shelf’. It was not where he wanted to be and must have seemed an incredible waste. Yet Paul knew that this would happen 2 and that from prison he would appear before royalty to preach the gospel 3.

There is almost inevitably a time in the life of every person in Christian ministry when they feel that God has put them ‘on the shelf’. Once part of the ‘starting lineup’ they are consigned to the bench and used sparingly. This is what happened to the apostle Paul.

Paul knew that he was not ‘on the field’ as he once was, but he still took the field that God gave him. He had a captive audience with the praetorian guard and perhaps through them reached right into ‘caesar’s household. He cheered those who carried on the work in his absence, thanking God for the boldness arising from his imprisonment. The progress of the gospel trumped everything else, reminding Paul that he still had work to do.

Fully aware of what was going on in the church, he chose to emphasize the positive. He had come to know what we all eventually do, that no one of us is indespensible. God has given to each, a job to do and a role to fulfil. In our absence and certainly with our passing, God will raise up others.

In a somewhat diminished role, the apostle Paul still did all that he could.

Paul understood that there is a restraining power exercised by good and faithful leaders in the church who keep watch over our souls. There are also those who are just waiting for the removal of such men in order to have their way with the church4. It had started to happen while Paul was in prison. Some of the more ambitious were emboldened by his absence and out to make a name for themselves. If Paul had had his way, they would never have become leaders. It spurred them on to know that their rise to prominence in the church distressed Paul.

Despite all of that, Paul decided to rejoice. He celebrated the power of the gospel which lies not in the worthiness of the one who proclaims it. He knew that as long as the truth is taught, it has the power to save. The gospel is able to save, even if those who proclaim it fail to heed it’s message.

This is important. For even when our motives are pure and our actions honourable, we never fully embody the message. No one of us is ‘worthy’ on that basis to share the gospel. Our worthiness comes from Christ. The power to save is in God’s word which affirms the full adequacy of Christ’s sacrifice.

We may not know as the apostle Paul did that he was where he was in order to complete the ministry for which God called him. But we can know that God wants us to promote his word for the advancement of His kingdom and the sanctification of his church.

PrevPreviousPartakers of God’s Divine Nature
NextMeditating on God, His Word and His Works and Memorising ScriptureNext