Falling As a Result of Pride 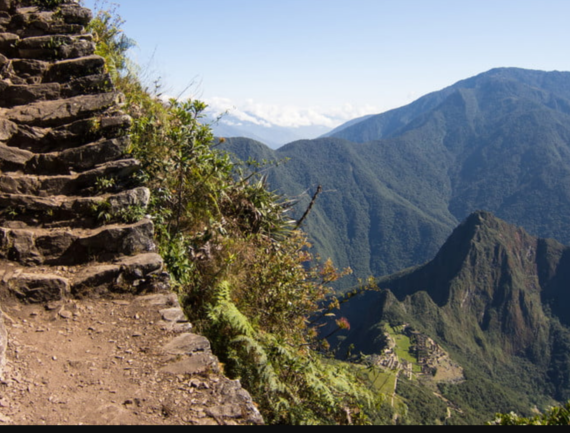 A story is told of a preacher who had resigned from his work with a certain congregation. After resigning, he was approached by an endearing older sister from that church who was saddened by his decision. This sister wept over the preacher’s decision to leave and commented “Things will never be the same without you.” The preacher tried to console her and responded, “Don’t worry, I’m confident that God will provide a new preacher, one even better than me.” Continuing to sob and wiping her tears she replied, “That’s what the last three preachers said, but they just keep getting worse.”

A story like this might remind us of an embarrassing memory of our own. These often arise as a result of pride. It is easy to overlook when our own pride surfaces and in particular through conversation. When someone disagrees with us or offers up an opinion other than the one we hold, our natural reaction is to defend ourselves and this often stems from pride. No one wants to appear wrong and some people will argue foolishly to defend their position – even when it’s wrong. Presenting ourselves as right seems more important than looking to be weak, foolish, or poorly informed.

Pride may also appear in other more subtle ways. Rather than admitting when our decisions or actions were wrong, we might try to excuse ourselves by shifting blame. We have a few words for this, “Saving face”. This kind of choice goes all the way back to the beginning. When called to account for eating the forbidden fruit, Adam claimed that it wasn’t his fault. He pointed to Eve and in doing so he also implied that God himself was at fault – Genesis 3:12 “The man replied, “The woman you gave to be with me—she gave me some fruit from the tree, and I ate.”

And then, paying it forward, Eve in turn blamed the serpent – Genesis 3:13 “And the woman said, “The serpent deceived me, and I ate.”

We need to be on guard and aware of the way that pride can take over. In his book “The Truth About Us”, Brant Hansen makes the following assessment:

“93% of us genuinely believe we’re above average drivers. Perhaps you’ve seen studies that show we also think we’re smarter than average. And we’re friendlier too. Plus we’re more ambitious than average. You might think with all of this awesomeness, we might have an ego problem, but good news: we also rate ourselves as more modest than others! So, yes, we’re better at everything then everybody, but at least we’re humble about it.1”

I can’t emphasis enough how alert we must be in watching that pride does not take center stage in our lives. Not only do we need to be willing to admit when we are wrong, but we ought also to act with humility when we are proven to be right.

There are many sayings that warn, of the pitfalls of pride. Perhaps you’re familiar with one that goes something like this: “Once you are at the top, the only way left to go is down”.

Of course, the greatest warnings that we have come from God and are found in scripture. In Proverbs 6:16-17 pride appears at the top of a list of seven things that are detestable to God. The writer identifies them as – “arrogant eyes” or a “proud look”. Both Peter and James quote Proverbs 3:34, that: “God resists the proud but gives grace to the humble.” (1 Peter 5:5; James 4:6). And Jesus explicitly warned that the proud will be humbled – Matt 23:12 “Whoever exalts himself will be humbled, and whoever humbles himself will be exalted.”

We would do well to remember the humility of Christ as Paul reminds us in Phil 2:5-11. Jesus chose to be born in poverty, raised in obscurity, and to serve others in humility. His humility included death on the cross, because that was the only choice leading to the salvation of the world. As those who have been saved, He calls us to follow His example, promising that those who have chosen to be last in this life will be first in the life to come.

May God help us recognize when pride tries to take over and may He help us to live humbly instead. It was humility that empowered Jesus to save the world. May God’s work in us and through us be perfected in a humility like His.