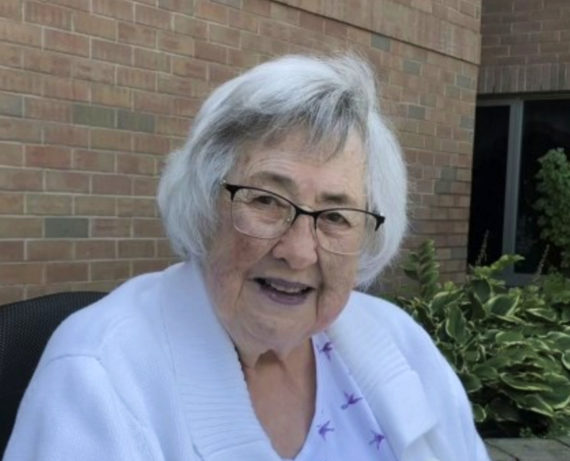 Doreen attended Abilene Christian College in 1952 and was married to Geoffrey in Toronto, December 27, 1952. The Ellises moved to Beamsville in 1954 to work with Great Lakes Christian College, where Doreen worked as a Phys. Ed. Instructor and athletic coach. A lifelong sports enthusiast, Doreen was a nationally ranked high school basketball and volleyball referee. She later served as secretary for the Beamsville branch of the CIBC. She then moved to Waterloo, Ontario where her husband served in the ministry, and she continued to work with the CIBC.

Doreen was known far and wide for her warm hospitality and loving nature. Many adopted her as their second mother and were blessed by her ability to make each one feel special. We praise God for granting her rest, but she will be sorely missed by her family and a host of friends who were positively impacted by her Christian spirit.

Our sincere thanks to Dr. DePetrillo, Jill H., her many PSWs and the kind nurses at WLMH. Special thanks to Lynn MacKenzie for her constant love and support. In lieu of flowers, donations may be made to Great Lakes Bible College or Great Lakes Christian High School.