An Overview of 2 Thessalonians 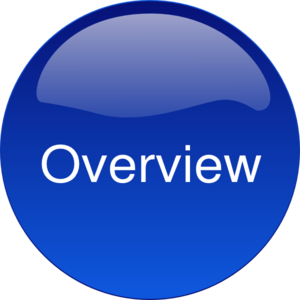 Thessalonica was founded in 315 BC by Cassander, a former general of Alexander the Great. The Romans captured Thessalonica in 167 BC. In 42 BC Mark Antony and Octavian rewarded Thessalonica for its assistance in the Roman civil wars by making it a “free city.”

Two geographical factors resulted in Thessalonica quickly becoming the most populous, wealthy and important city in Macedonia. The city possessed a natural harbour that was the best in the area. The city was located on the Via Egnatia, the major east-west trade route linking Rome to the eastern regions of its empire and beyond to the Far East.

1) Paul commends the church for enduring persecution. 2) These Christians needed to know the truth about “the day of the Lord.” 3) Those living idle lives needed to learn the discipline of working for their livings.

Paul, Silvanus and Timothy write to “the church of the Thessalonians in God our Father and the Lord Jesus Christ.” Grace and peace from God is offered as a blessing to the souls addressed.

Paul reminds these Christians of his constant prayers for them and mentions their greatly enlarged faith. These saints were a sense of pride from the senders, Paul, Silvanus and Timothy especially for their perseverance in hard times. Paul reminds them that God will repay those who had caused them discomfort. The “payment” was significant. In verses 4–9 we see the retribution that God will deal out is eternal destruction. In the midst of all of this, “the name of our Lord Jesus will be glorified.”

After reading a few lines in this chapter we feel the need to brace ourselves and regroup. Notice this sentence: “with regard to the coming of our Lord Jesus Christ, and our gathering together with Him that you not be quickly shaken from your composure or be disturbed…to the effect that the day of the Lord has come.” (2:1–2) (Is there a reason to be shaken?) Verse 3 contains the word “apostasy” which points to a falling away from the faith. Further, this is seen as an event that will happen but only in the order laid out in these verses.

What is clear to see is that the Day of the Lord will not come until after a great falling away (v. 3). This period includes the revealing of “the man of lawlessness” or “son of destruction,” who is bad from birth, to the point of sitting in the temple of God as God where he ought not to be!

It is clear that trying to identify these people with first and last names is outside of this writer’s realm. One thing we are sure of is that this entity is not on our side! See this in Chapter 2:4. The verses that follow “second the motion on this truth!”

This “lawless one” will be revealed and will be slain by the Lord, because his “coming is in accord with the activity of Satan”(v. 9).

Verse 10 shows us the person’s dark side and hence verses 11 and 12 make good sense to us. “They took pleasure in wickedness.”

This we can understand. Read 2:13–17. As Christians we have been called to a new life through the gospel, the good news of Jesus. We are therefore to “stand firm and hold to the traditions we have been taught.”

These Thessalonian Christians were given a blessed task: to pray for Paul and his companions. Their prayer was to include: 1) The spreading the gospel. 2) That the evangelists will be kept safe from “evil men who do not all have faith.”

A second admonition comes in the form of the company NOT to keep and the example to FOLLOW. See 3:6–13 in detail.

There are several references to reading and obeying the teachings and way of life put forth by Paul. It seems clear he believed these fine saints would do this very thing to the glory of God and the salvation of many souls.